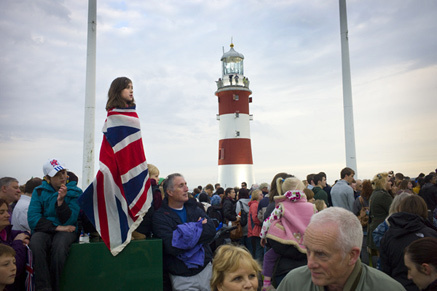 Since the 19th May in-public’s Nick Turpin has been travelling around the country with Nature Valley, the official cereal bar supplier to the Olympic Games, making street photographs as the Olympic Torch has arrived in various major cities.

“It’s been a great opportunity to take a sideways glance at the whole event as the British people have come out in force to see the torch in cities like Plymouth, Bristol, Swansea, Liverpool and Belfast”

You can keep up with Nick’s trip by following him on twitter and you can see the growing archive of images from each city as they are uploaded to the Nature Valley Facebook page.