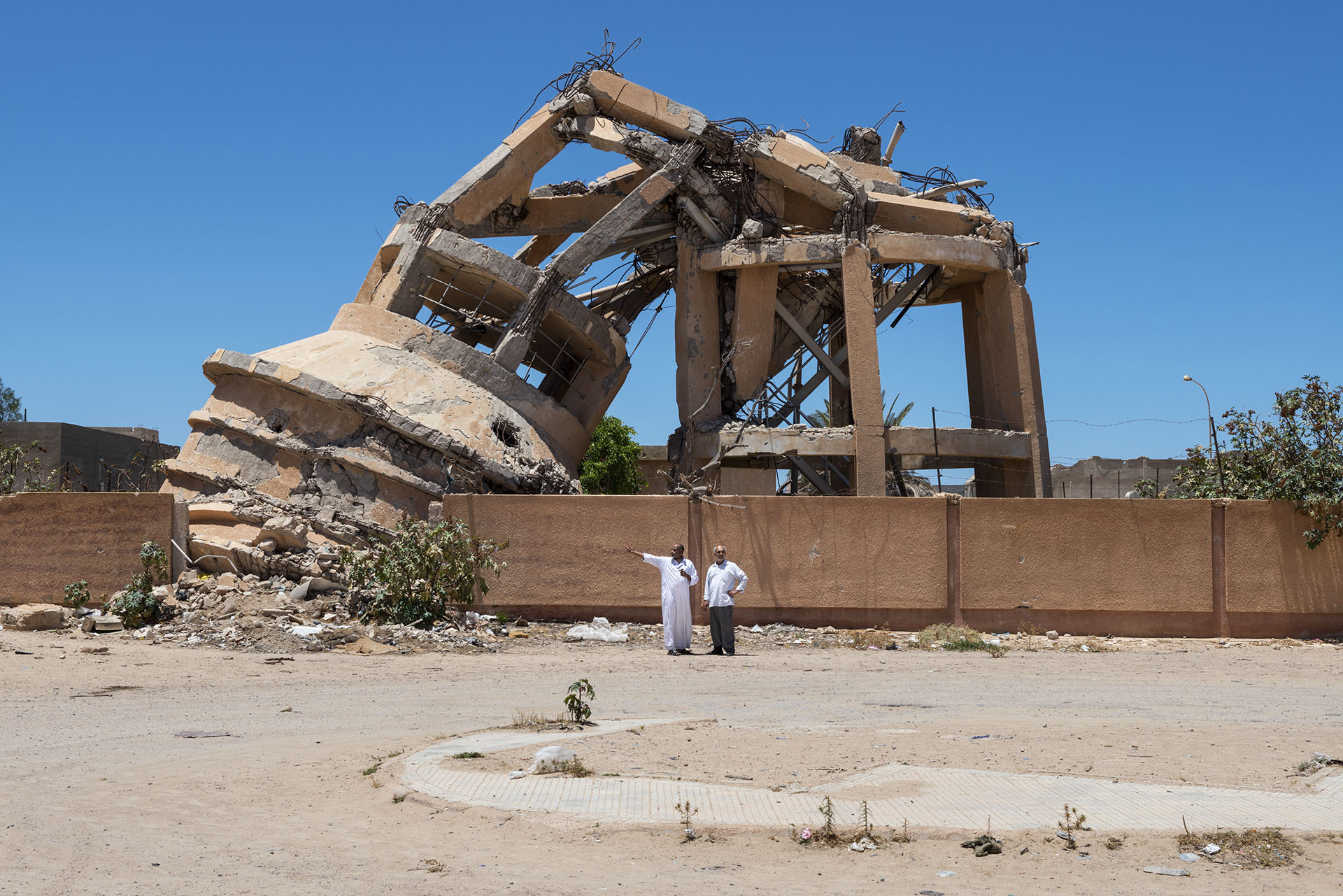 Sirte, Libya, June 17, 2013 Ruined water tower in Sirte, bombed by NATO. As the birthplace of Muammar Gaddafi, Sirte was favoured by the Gaddafi government. The city was the final major stronghold of Gaddafi loyalists in the Libyan civil war. During the battle, Sirte was left almost completely in ruins, with many buildings totally destroyed or damaged. From the series 'Mediterranean. The Continuity of Man'