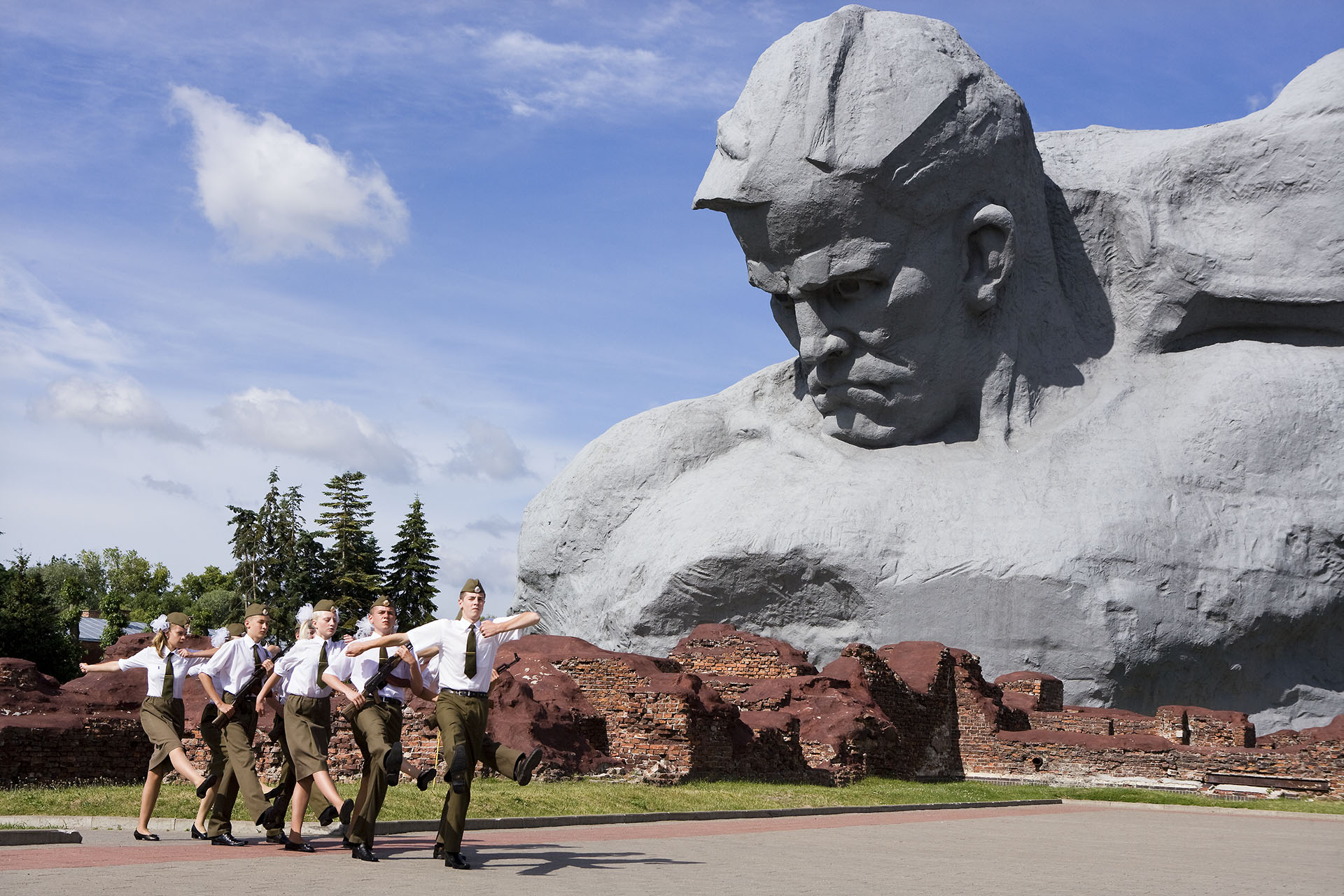 Brest, Belarus, july 1, 2008 The changing of the guard at the eternal flame at the Brest Fortress Hero memorial complex is carried out by youngsters in original Soviet uniforms. The monument with the giant head is called Courage. In the summer of 1941 the fortress was heroically defended by Soviet soldiers against the German Wehrmacht in the first days of Operation Barbarossa, earning it the title of Hero Fortress. The fortress had become a symbol of the Soviet resistance during the Great Patriotic War. From the series 'Red Journey' ©Nick Hannes