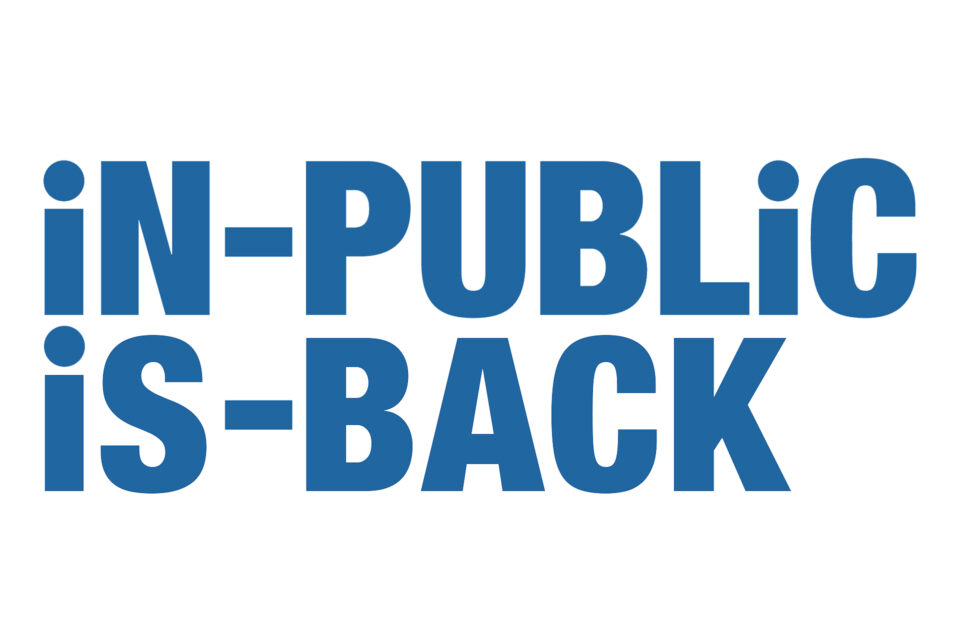 iN-PUBLiC was founded by Nick Turpin in January 2000 with the manifesto of promoting and providing a home for Street Photography that at that time did not exist. The name of the group came from the very place we all made our pictures, in public.

In 2000 the internet was 4 years old, there was no Flickr, no Instagram and very little photography online at all. Hosting and building websites was much more of a challenge than it is now. iN-PUBLiC stood out as one of the few places to go and see galleries of work by Street Photographers and it’s first primitive site was soon receiving 40k visits a month.

Over 18 years iN-PUBLiC grew to include 29 photographers working in public places all around the world, international friendships were formed and they came together to publish books, put on exhibitions and run workshops. Throughout this time there was largely agreement on a shared approach to Street Photography, there were some photographers working with flash, some images with people acknowledging the camera but on the whole the group was like minded that staging, compositing and manipulating images were not part of good Street Photography.

Towards the end of 2018 the like mindedness of the iN-PUBLiC group came to an abrupt end with the posting by two members of a computational image and a staged image. This caused a well publicised division between those who thought this went against the founding ethos of the group and those who thought it was acceptable or didn’t matter.

Eventually Nick Turpin decided to archive the site as a resource and to preserve the integrity of the thousands of incoming links to the various galleries from blogs and articles around the internet. Many of the old members formed a new group and site.

Two years have passed and now on the 20th anniversary of the founding of iN-PUBLiC it is returning with a new remit to promote and celebrate photographers who eschew staging and manipulation to record the everyday with the beauty of their observations alone.

At a time when everyone is a Street Photographer to some extent, we want to seek out and present those with a well developed and distinct approach to photographing in public places. This is an exciting new beginning for us, If you would like to be considered for membership, wherever you are in the world, head over to our submissions page and show us your work.