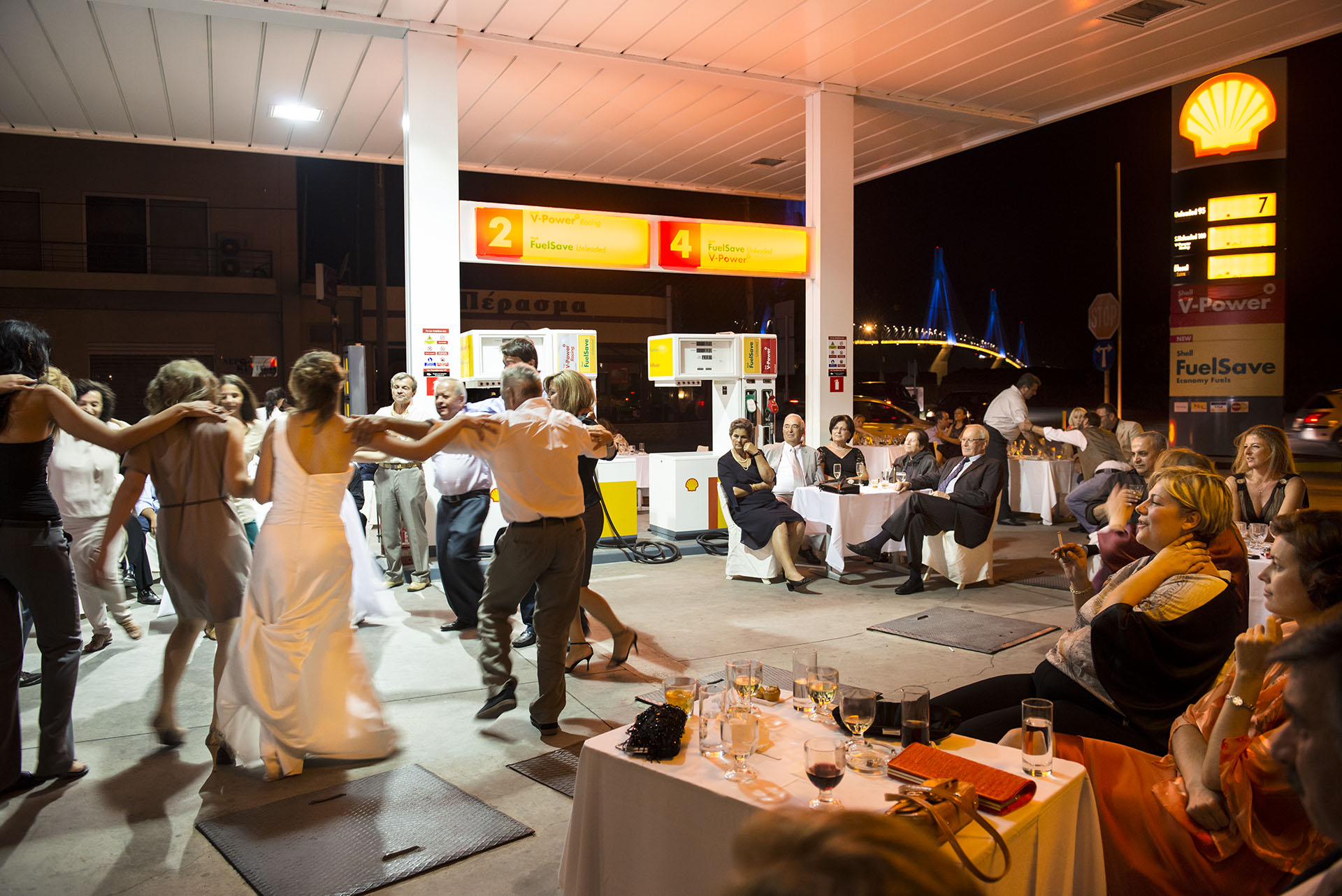 Rio, Greece, October 8, 2012 Greeks are dancing the traditional sirtaki dance at the wedding party of Anna (26) and Christos Karalis (44). Christos, who owns a Shell petrol station in Rio near the port city of Patras, decided to organise the party in his petrol station, to save on party expenses. The economical crisis in Greece affects the lives of a broad range of people. Poverty, also in middle class families, has risen dramatically. From the series 'Mediterranean. The Continuity of Man' ©Nick Hannes