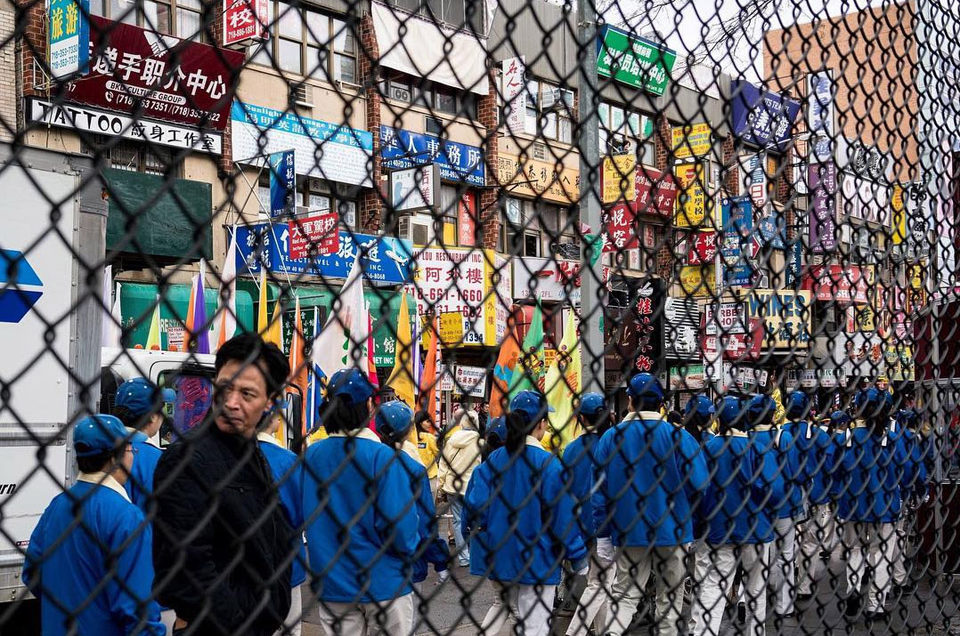 I am a man too old to begin street photography at the age of seventy-three but that is what I did after starting photography itself one month shy of my seventieth birthday three years earlier.
My father took pictures of me as a baby and up to my teenage years so I was always aware of photography. I was given a camera as a child, perhaps about age ten. I have saved a few of the childhood photos I took. I can recall using flashbulbs They became extremely hot and couldn’t be touched after igniting. My photos were not bad but I was definitely no Jacques Henri Lartigue (The French prodigy).
All of my life thereafter, I owned a camera and I would use it in spurts, often not taking a picture for many years. I never learned anything technical except to set the camera to F8 if shady and F11 if sunny. Somehow I managed to take indoor pictures of relatives and friends with a flash. In the 1960’s I dabbled in street photography for about a month. I did not think of it as street photography but as I look at a few old photos, I realize that is what I was doing. The very sparse intermittent photography continued until I pursued it seriously in 2007.
I had a career in clinical psychology and university teaching and in addition I was a serious competitive amateur golfer from age seventeen to seventy-one. I mention golf because I treat street photography as a sport and often compare it to golf.
After I retired and stopped playing golf as well, I have been immersed in photography. For ten years I took classes at the International Center of Photography every semester. In addition, I enrolled in many workshops and studied individually with a number of photographers. Fundamentally, for ten years I was a full time student. I have only recently shifted my identity to “photographer” in place of “photography student”.
Once I started focusing on street photography, I rarely go out without a camera. It has reached the point where if I don’t have a camera with me, I have a distinct feeling that something important is missing. 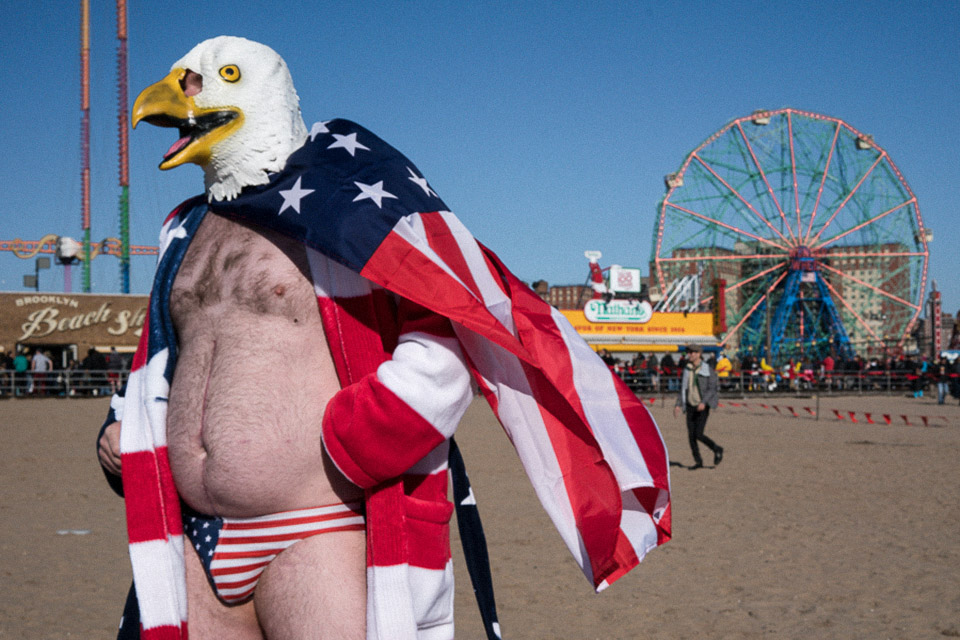 I was born in New York City and have been there most of my life. The vast majority of my pictures are from NYC. I have spent a lot of time in some of the usual venues for street photography including Coney Island, Fifth Avenue, Soho, and Williamsburg Brooklyn. In addition, I travel to Frankfurt Germany, San Francisco, and Miami every year. My photographs from these places usually culminate in projects that end up in the form of self-published books and inclusion in exhibitions. 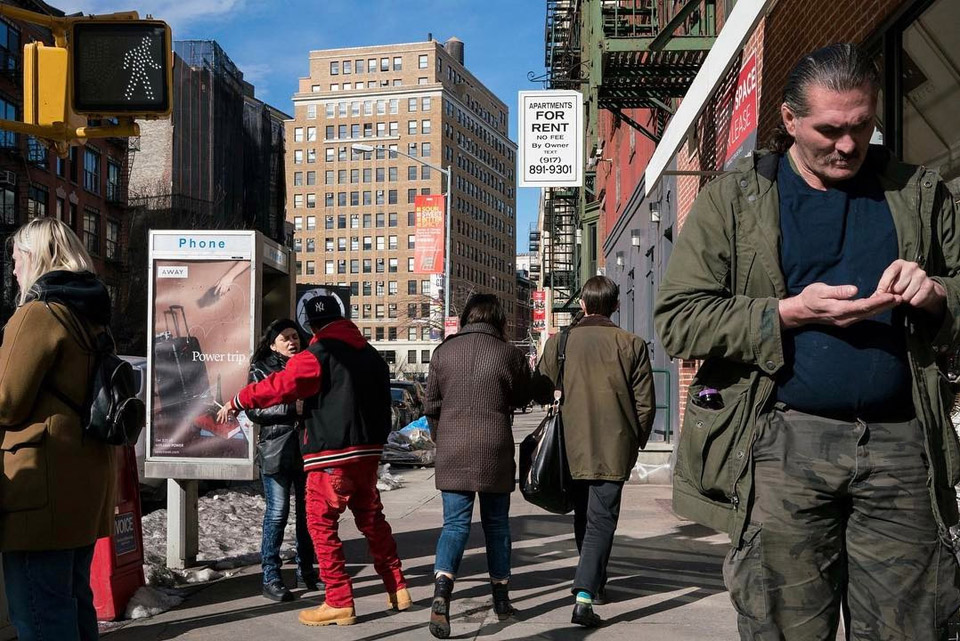 I spend most of my waking hours (and frequent dreams) with street photography. Most days, I go out with the intention of shooting until late evening. If I am busy with other matters, I always have my camera with me to be sure I don’t miss anything that may turn up. 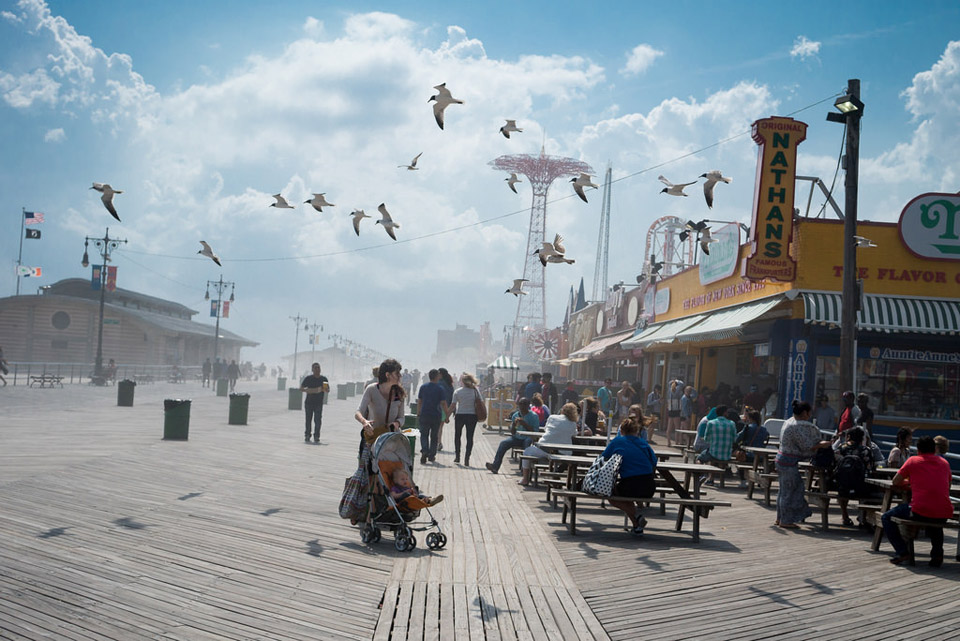 In Ernest Hemingway’s short novel, “The Old Man and The Sea”, the old man says: “My big fish must be somewhere” and “It is silly not to hope”. I feel like the old man and the street. I am pulled along by the hope of finding my big picture. Occasionally I come close and I am still hopeful. 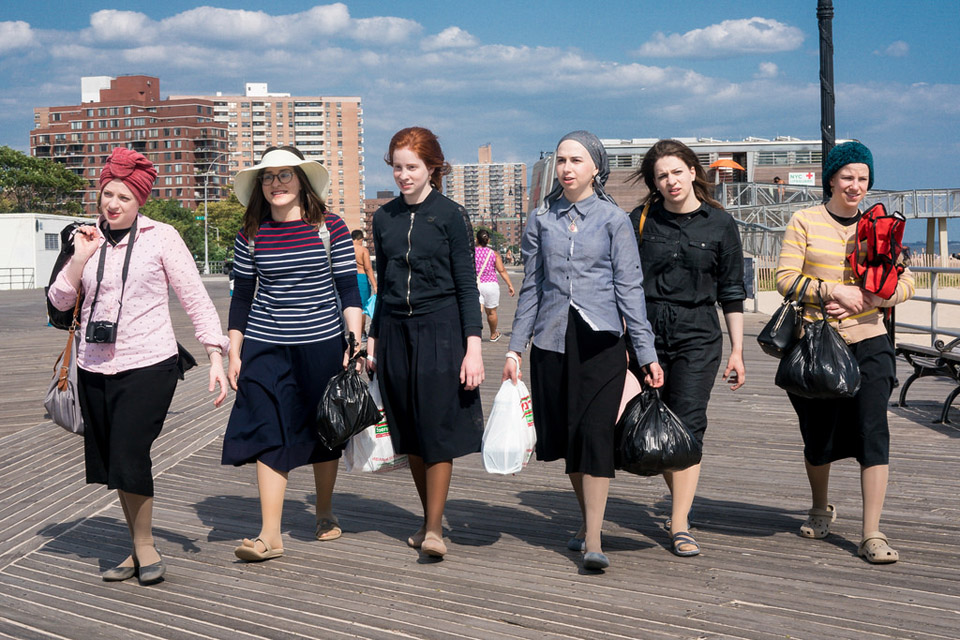 It seems that for me, whenever I pursue something, I become totally involved and I am satisfied to do only that one thing. That is so with making candid photographs in public places. I do it because I have reached the point in life where that is what I do. The alluring goal of finding or making better pictures is all consuming. It is a sport that I play all of the time. I long for those rare times that I get “in the zone” where I easily see potential pictures and get them, undistracted by worry and other matters. I am aware that this sport is one of an almost perpetual “slump” because achieving an exceptional picture is so rare. On a day that I do achieve what for me, is a good picture, I love the feeling.
External factors pull me along also. Being accepted into a meaningful exhibition and being accepted by competent photographers, as a viable player are significant motivating factors too. 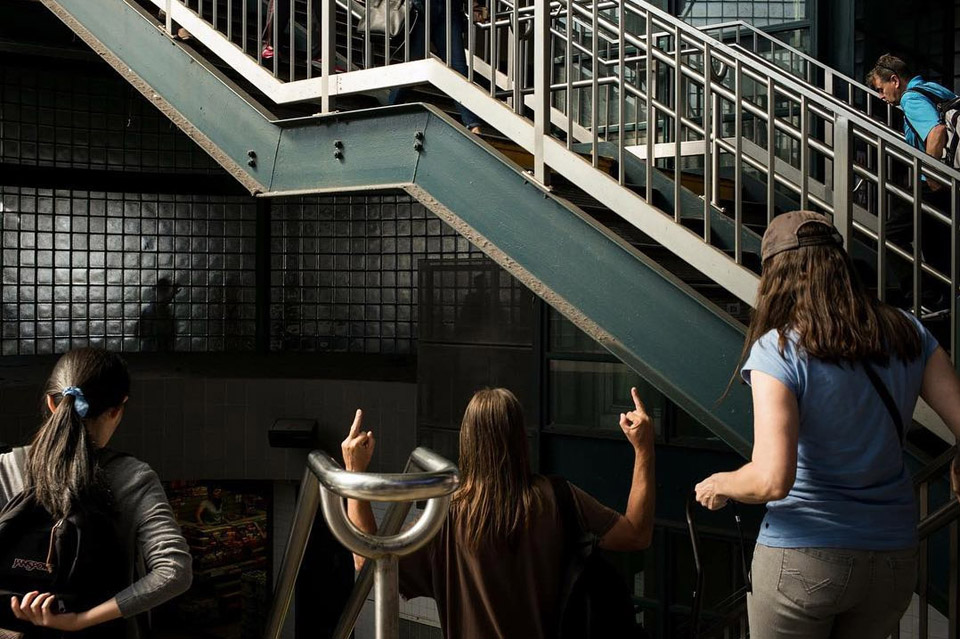