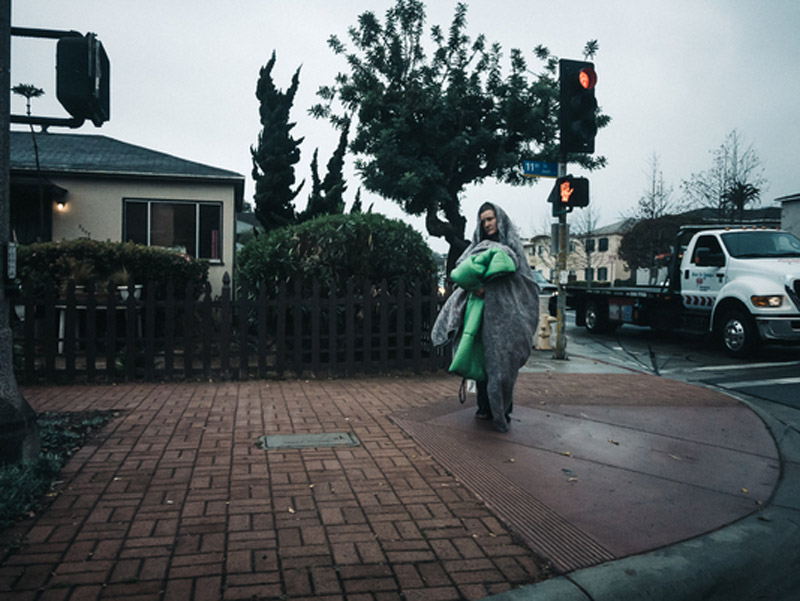 I’m a New Yorker who’s been living in Los Angeles for the past 20 years. I’m a father to an incredible 2-year old boy. I’m also, a passionate street photographer who often shoots weddings and food in that same aesthetic – which makes for fun times with clients expecting the same old. To pay the bills I sling food to rich people. To sleep at night I work with others to try and foment revolution. I take photographs of everything and everyone in my life, and try and sort it out later, with varying degrees of success. 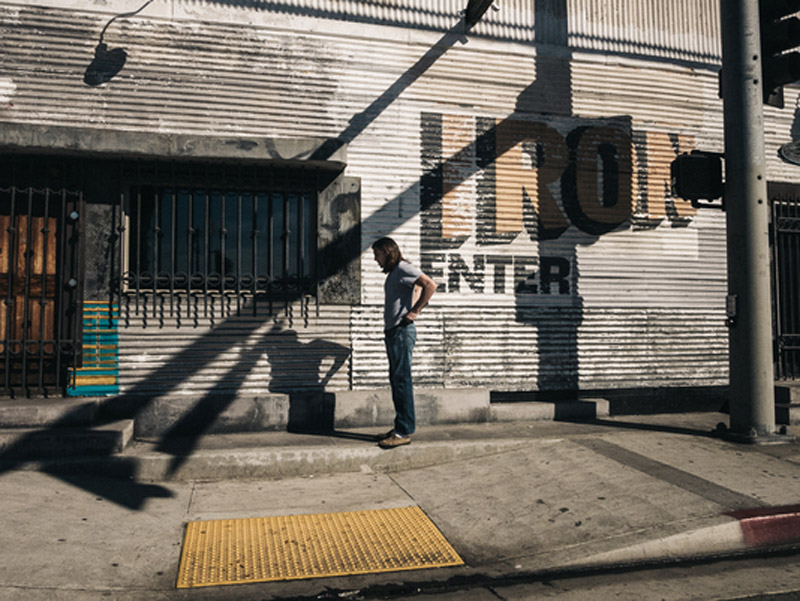 Most of my photographs have been made in Los Angeles, with most of those taken in the normal course of a day. Before having a child, I lived for many years in an old 1977 Dodge Van, worked as little as possible and roamed around Southern California taking photos wherever I ended up.
Life has taken me to many places photojournalists congregate, like Haiti and Occupy encampments, and I’ve taken pictures there while doing the things I actually was there to do. I don’t want this to read as though my photographic practice is secondary to these other reasons for being in a place at a particular time, because that wouldn’t be entirely accurate.

Photography has always been a way of being in the world for me, as opposed to being an external force or motivation. The photos shown here are from a series I’ve been shooting in Los Angeles from a moving vehicle over the past couple of years. Free time to explore has diminished, but the need to document what I see and feel hasn’t. 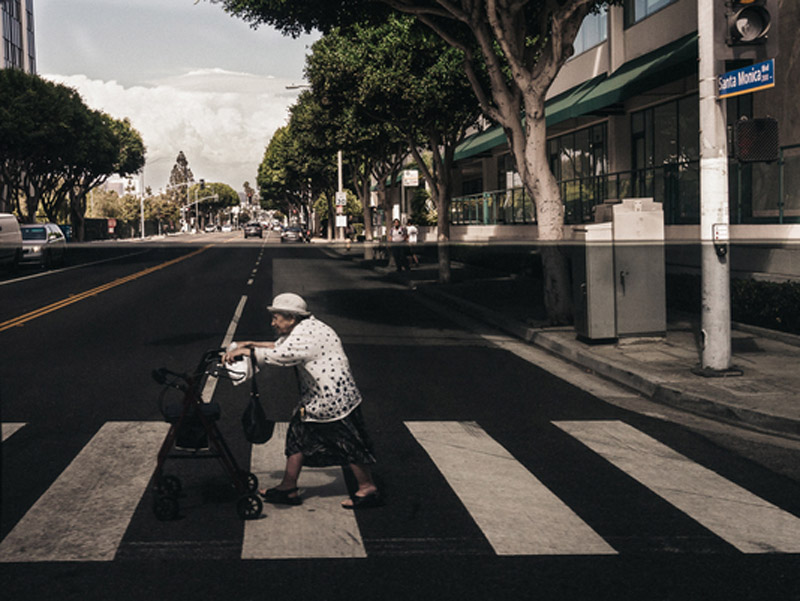 Short Answer: Almost always (much to the dismay of my friends and family).
Longer Answer: Whenever I reasonably can. The camera is always with me and pictures are always on my mind. When I began shooting in the street I blocked off whole days or afternoons dedicated to the purpose. No surprise, but as I got older I’ve had the ability to do that less and less. As truly free time has decreased, I’ve become more comfortable with simply photographing everything I can as the spirit moves me, regardless of genre or circumstance. Which works out.

For this series I shoot whenever I’m in a moving vehicle. Both windows open, radio blasting, probably not concentrating on the road enough, leaning halfway over the passenger seat to try and get the right angle while constantly scanning the periphery for that moment or that light or that feeling that best describes the place. 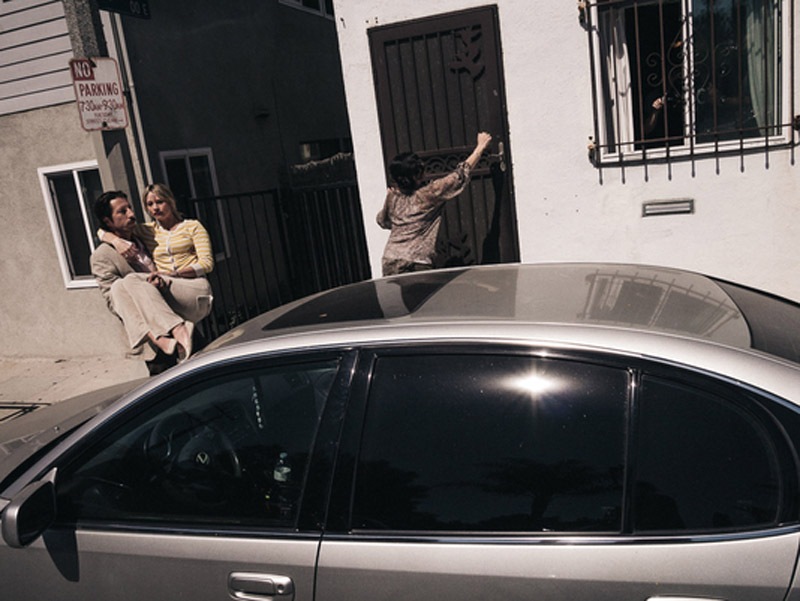 These pictures are definitely in the vein of street photography but it’s hard to call it that when you’re not walking with your camera and interacting with people while taking them. Maybe “road photography” is a better name. Anyway, photographs. We all make assumptions about people and places based on our experiences of them, scant as they may be.
In Los Angeles, ones experience with the different neighborhoods of this gigantic suburban-sprawl-of-a-city is based on what we observe through our car windows or the nightly news, if we have any at all. LA is a fluid city, and with no real physical limits on its growth in this barren land, her borders are ever-expanding. The Greater Los Angeles Area is home to roughly 20 million people, but most people’s personal perception of what LA is is usually limited to a narrow swath of land running from Downtown to the beach. Most actual Angelenos have little to do with this version of LA. Traffic, distance, geography, prejudices and police make parts of Los Angeles almost inaccessible to those that technically live in the same city. We don’t bump into people of different races, socio-economic statuses or lifestyles as much as those in condensed, vertical, mass transit having cities do. Our neighborhoods are compartmentalized, largely by design, and they don’t mix well. My perception of LA has expanded tenfold in the time I’ve been here.

In cities like New York or London it makes a certain sense to document the subways like Bruce Davidson, Christophe Agou or David Solomons. It’s where people form different walks of life interacted, where you could see the different parts of all of those cities in one place.In LA the most the most apt way to document and describe the city for myself is as many of us experience it. Detached, curious, insulated, while traveling at high speed, busily rushing off towards the rest of our day. 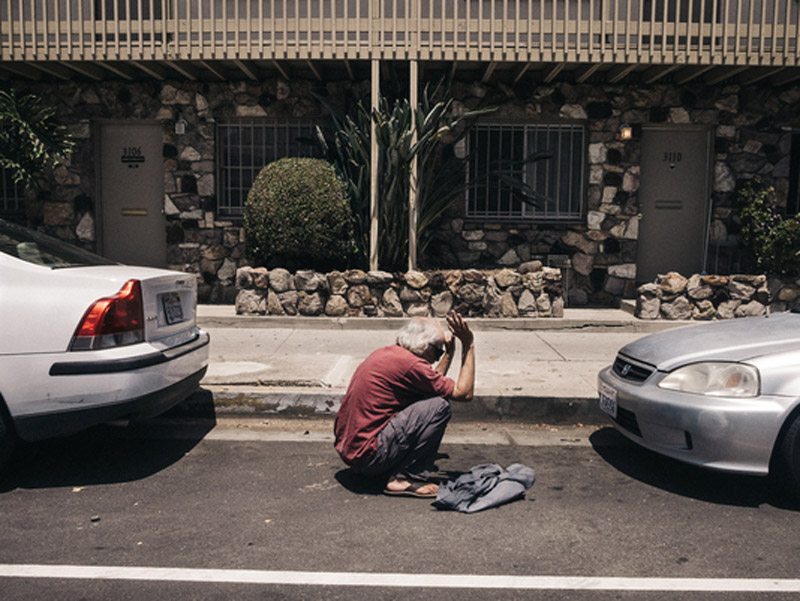 This is the question that really matters, and tough to answer as a whole. I photograph for a lot of reasons, but mainly because it’s easy (push a button!) and effective at what I’m asking of it. What I’m asking is that it keeps me interested in life. In my own life and in those around me. It’s a constant reminder that people are out there, struggling, loving, hurting and carrying on. It reminds me that the world is not a backdrop to my narcissistic life story. It puts me in my place and gives me a way to document and remember what I saw, where I was and what’s important to me, and what was important to me last week, last month or last year.
After 20 years of living in a place you can begin to think you know it and understand it, until you walk a different way to the store, or in this case drive a different route to work, or to pick up your kid. Then you realize that you don’t even know your own neighbors very well, let alone the city or the world. That keeps me listening, humble and constantly looking. I don’t want to know too much, mind you. These visual fragments from the car are enough and keep the puzzle-making (or visual problem solving) aspect of photography enjoyable and fresh. Shooting out of a car window (without crashing) limits you as far as angle, distance and preparation, and puts yet another constraint on the medium that parallels well with the constraints of really ever getting to know this city. 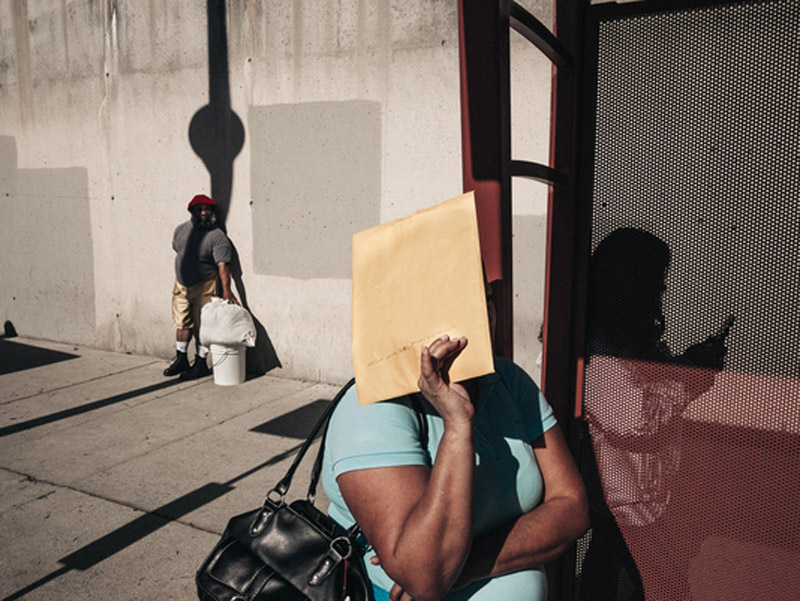