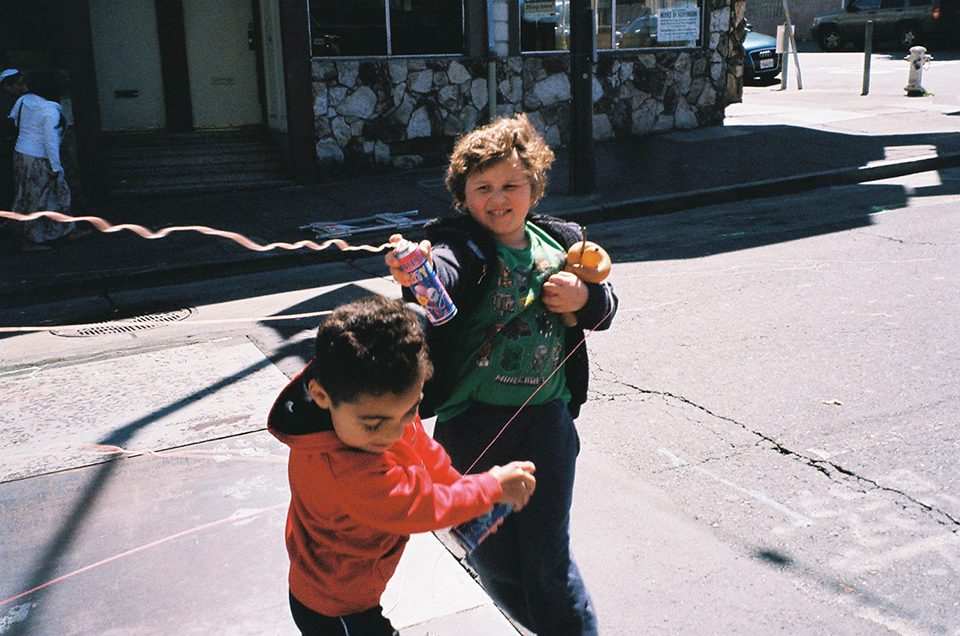 27 years old, perpetual overthinker and obsessive walker, currently living in the San Francisco Bay Area, where I’ve been for the past four years.

I’ve worn many hats over the years, at one point or another considering myself a baseball player, sports writer, and rapper prior to discovering ‘street photography.’

A Midwest native, my interest was piqued while briefly living in London during 2013. Constantly roaming the city, taking photos of random shit — not cognizant at the time that ‘street photography’ existed. After returning home to Kansas (womp womp), that interest laid dormant for a year (temporarily replaced by excessive drinking at inappropriate times), until I graduated (journalism) and relocated to the Bay Area. 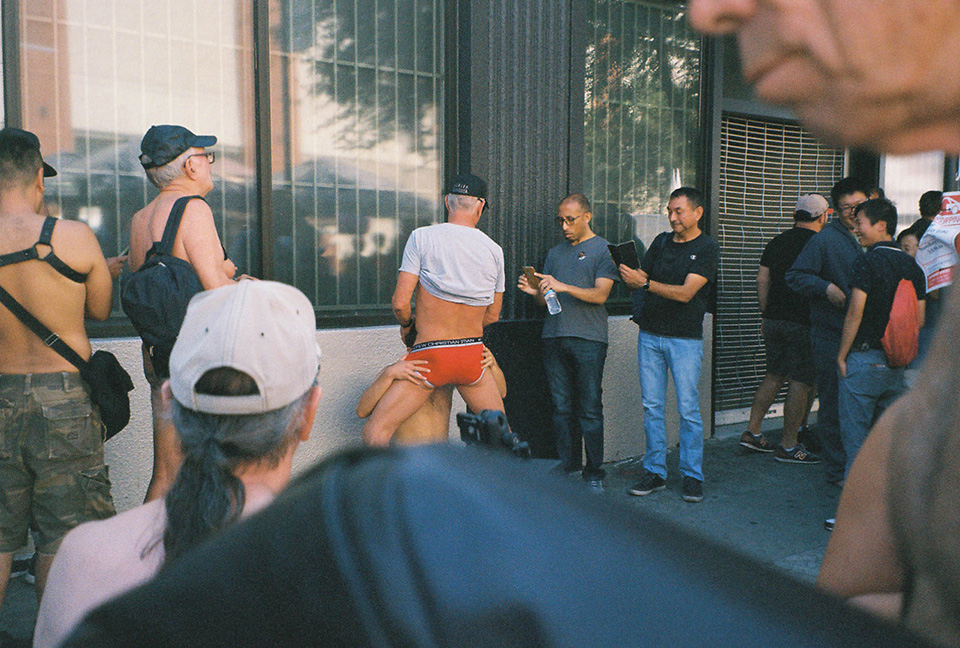 The easy answer would be “anything that’s interesting to me,” but I do find myself drawn to particular scenes, themes, or subjects based on my mood and/or influences at a particular time.

I consider most of my images to be a bit on the ‘loud’ side, and am often drawn to scenes that are already interesting to begin with. Constant sources of intrigue for me include strange interactions, unusual expressions, and prolific characters who have become staples of an area.

Very rarely are my images devoid of people, but that may be subject to change. 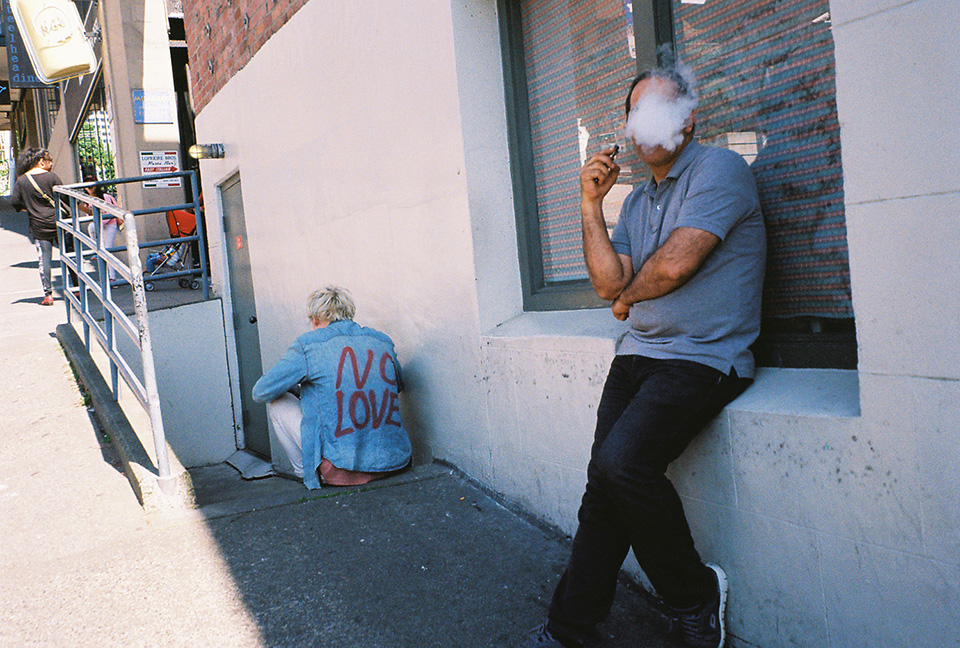 San Francisco Bay Area — namely San Francisco and San Jose. Generally on the actual street, but coming from the ‘never leave the house without a camera’ school of thought, there are certainly some grocery store, public library, and  gas station shots mixed into the archive as well.

New York City and Vancouver have been my favorite non-Bay Area cities for ‘street’ shooting so far. 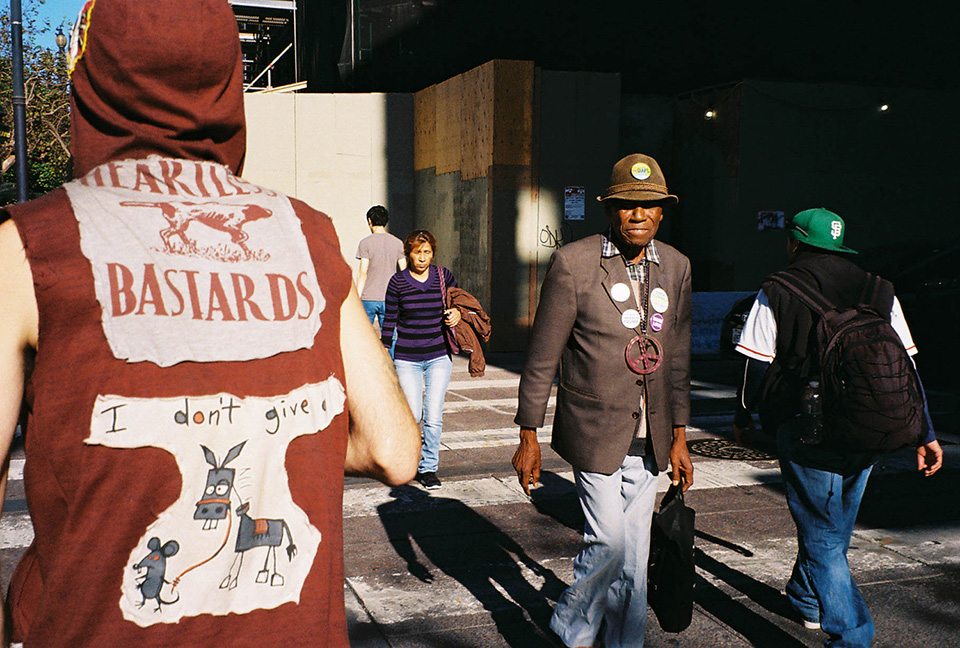 Whenever I can, which usually winds up being about 4 days each week at the moment. Two days in downtown San Jose for a couple hours before work, and two dedicated days in San Francisco, during which I’m out from dawn ‘til dusk, and normally walk 20+ miles. 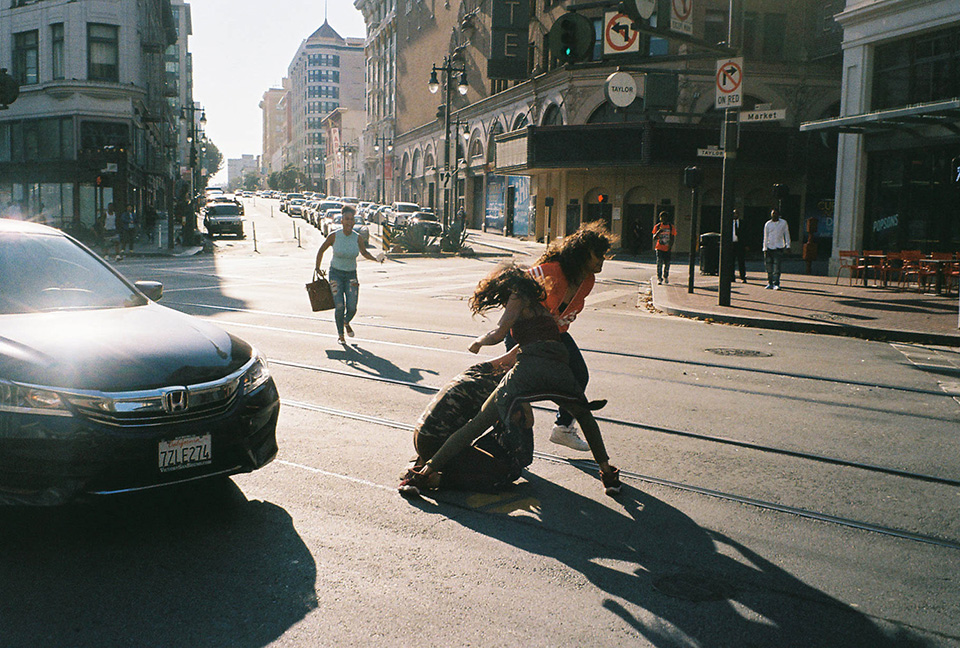 The process. Being a part of the world. Taking advantage of my health and youth. Throwing film in the fridge, forgetting about it, and not finding out what I got for 4 months. Love it all.

In retrospect, the seed was probably planted back in my early teens during my skateboarding days — spending seemingly endless hours on the streets, aimlessly wandering around the town without any truly specific goal in mind.

When I eventually gave up skateboarding, the aimless wandering continued, and photography became the new extension of that. Now, I feel compelled to go out and shoot in order to keep my sanity — it just feels like what I’m supposed to be doing. 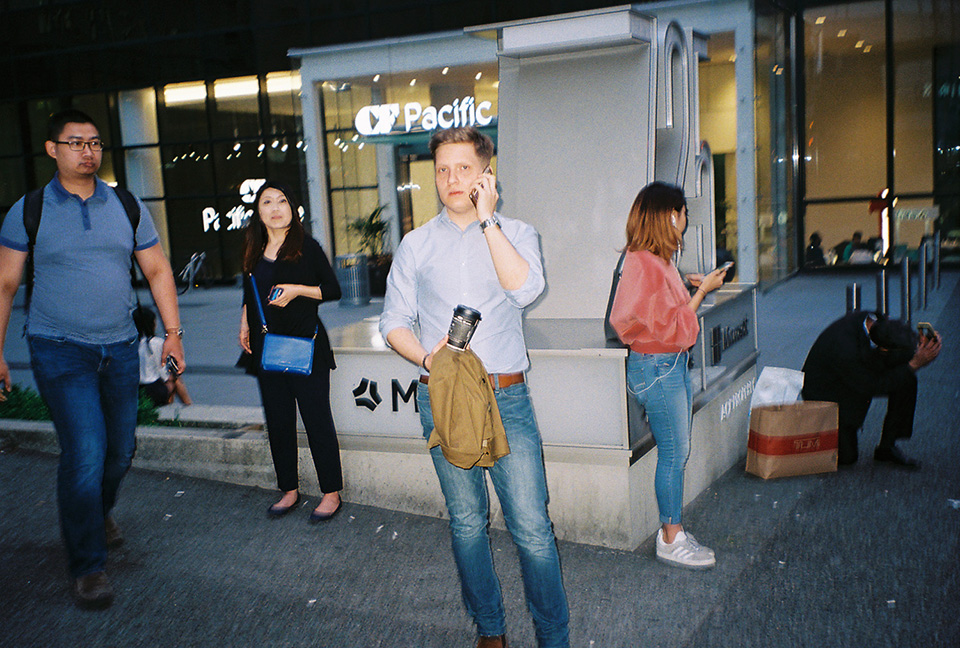