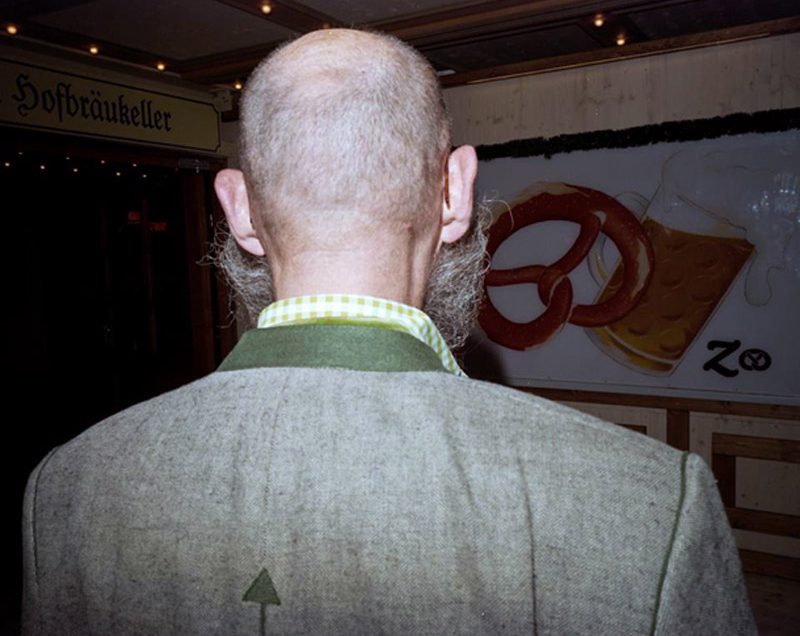 A tall Swede who found photography instead of playing poker four years ago. Might have genes for making everything a little bit more complicated in my life than what’s needed. Therefore I shoot film, with all formats/cameras (up to 8×10) and develop the film myself, regardless whether I’m shooting black & white or slide film. I live in Stockholm which for a long part of the year gets way too few hours of daylight. That might be the reason I have a flash grown into my hand. I’m self employed and have the good fortune to be able to travel quite a bit. 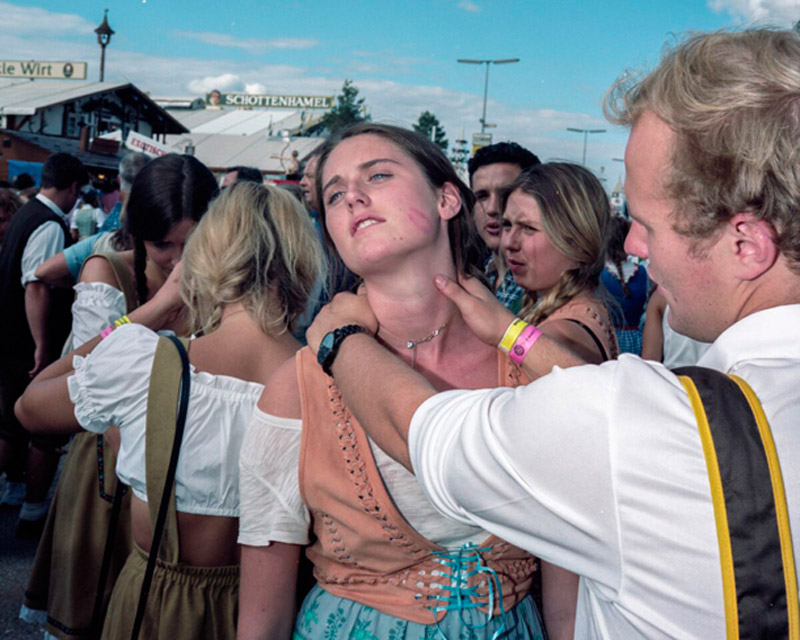 Anywhere I can find elements of human presence. Growing up in a smaller city I have a fascination with the solitude you can find sometimes in the middle of civilization. In a larger city you have to go to the suburban neighbourhoods to find it. I can drive around in my car with the trunk full of various cameras if I’ll find it.
I have without a specific strategy been shooting a few series since the first time I started shooting. Three of them are at specific events and one example is “Valla”, a annual horse racing event in Stockholm that I’ve been to during four years. “Valla” is now finished and a book will come from this series this year. The second series is of a subculture in Sweden that we call “Raggare”. This phenomenon is very hard to explain as it’s not a trend but very rooted in the culture. The common interest for Raggare is vintage American cars and rock’n roll.

The photos presented here are from my third series, “Volkfest”. They were taken during Oktoberfest in Munich over a recent three year period. Oktoberfest is the world’s largest volkfest (folk festival). I went there for that simple reason. I found millions of people drinking beer and singing and enjoying themselves. 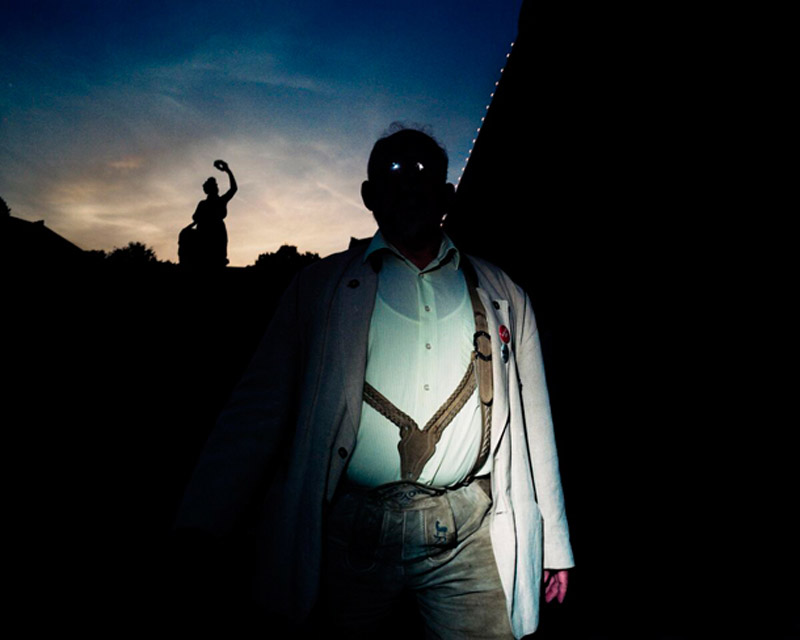 Generally I have to leave my everyday surroundings to be able to get into the groove. Through my work I get the chance to travel to a few places but mostly to the US. So I always get at least a weekend for shooting on those trips. But sometimes I do specific trips just for shooting. Last summer I did a road trip in Alabama and Kentucky with a Mamiya 7, a Rolleiflex, and a 4×5, all loaded with different films. That was the greatest photographic venture I’ve done so far. But I always have a camera with me, even in my briefcase when I go to a meeting. 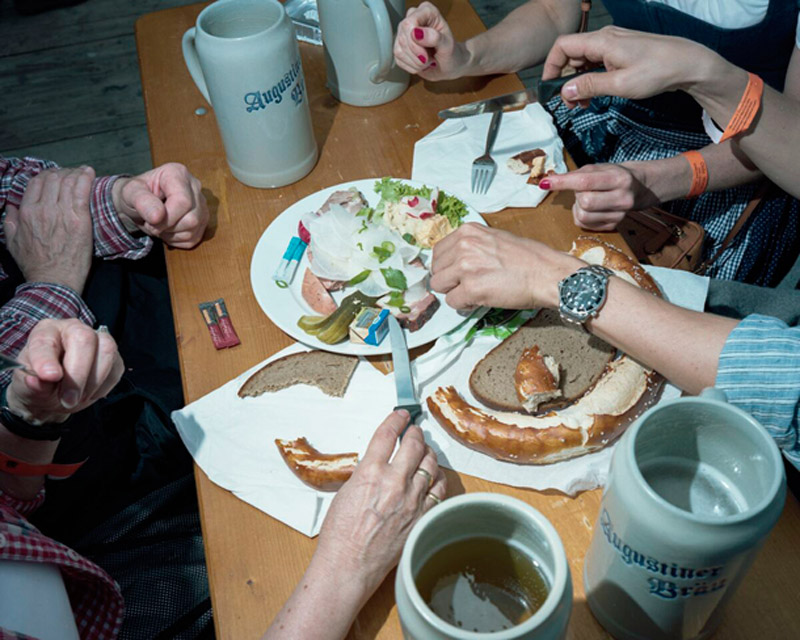 I would consider myself a curious person, meaning I have always been scanning my surroundings for small oddities even before I started using a camera. Now I take photos of what I see. I don’t think so much or plan ahead when I shoot. Depending on where I am I can come home with “street photos”, landscape or portraits. But I do focus on keeping certain photos together in various series. At this time I have 3 more series that I’ve started in addition to the three mentioned before. Why I do that, I really don’t know. Maybe it’s a personality issue that makes me “keep in line”.
When I get a larger number of photos I start to look for connections. I believe every photographer is shooting somehow in a series without knowing that. I’m sure everyone has at least the beginning for a series if that’s what they are looking for.

Everything I’ve been shooting up this point except the Alabama/Kentucky dispensary and Detroit “Portrait of houses” series has been shot in street photography fashion, meaning no photos are arranged, all are candid. 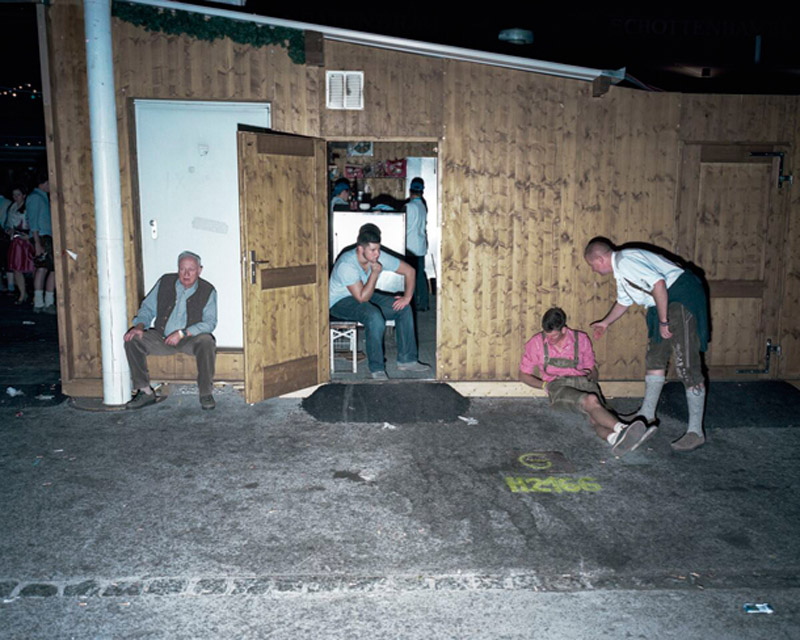 Every photograph I take is a gift to myself. That’s why I shoot film. The answer to why I pressed the trigger is not there for me to see when I take the photo. I have to wait to find out if what I saw was true or even different. The reward is to come (maybe) 🙂 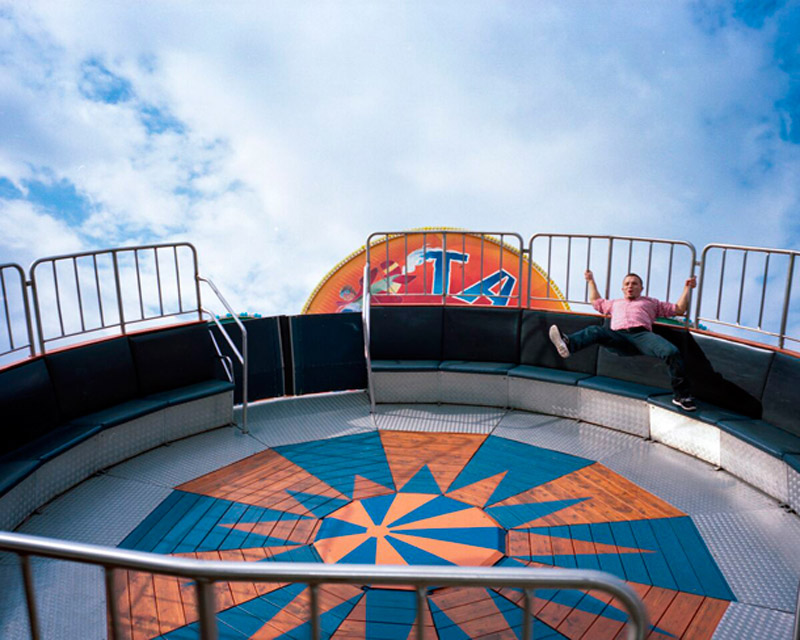