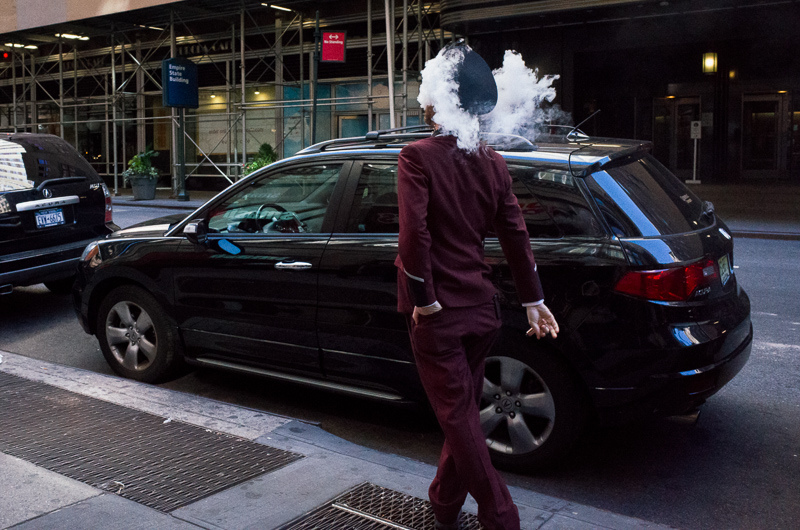 I was born in Barcelona in 1975, where I lived until the age of 8 when my family and I moved to Ibiza, the island that everyone knows for its nightlife but many ignore for its fascinating beauty. We lived in a very small village, surrounded by the typical rural landscape of olive, almond and fig trees, and lots of space for me and my siblings to play. This was a complete contrast to the urban environment we came from.

After nine years I moved back to Barcelona and studied architecture following in my father’s footsteps. That decision was probably more about following the expectations created around me than my own heart, but I guess I just ignored my inner voice or simply didn’t have the courage to follow it.

In 2009 I moved to Norway and got a job at a big engineering and architecture company. Everything seemed great from the outside, but after a couple of years a feeling of discomfort was growing in me and that inner voice got too loud to be ignored. By 2012 I had reached the point in which I couldn’t continue. I just hit the wall and spent some months in the dark. This became a turning point in my life and since then I have been immersed in a deep transformation process in which Photography has taken a central role.

Aside from Photography (that arrived later in my life) I’ve always needed to be in touch with the world of ideas and creativity to keep myself going. I really like how one’s photos can be influenced as much by a painting, a movie or a book, as by the work of other photographers. It is a more a subtle influence, not so immediate and maybe more personal too, because we can’t translate what we see directly into a photo. First we need to make it ours, process it, so its impact in our work becomes less recognisable, but it’s still definitely there. I can’t copy but I am influenced by many things…The Emperor piano concert, Kubrick, Medem, Cortázar, Salinas, Joseph Conrad or Paul Klee; the Duino Elegies, Sibelius, Poe, Polanski, Blade Runner, Wim Wenders or Javier Marías; but I certainly hope that some of their magic finds a way out in my work and life in general. 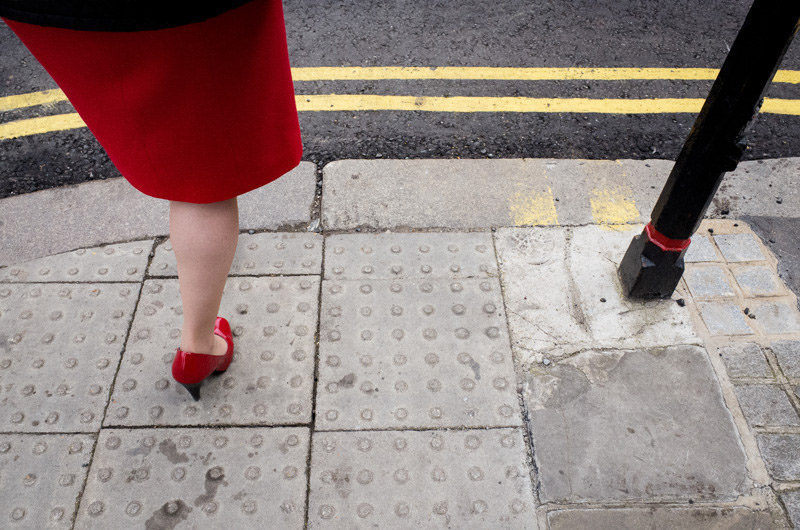 I usually prefer big cities because there’s more going on, they have more weirdness per square meter. In the last couple of years I’ve travelled several times to London and Barcelona, and a couple of times to New York, exclusively for taking pictures. Used as I was to the really small city center of Bergen, going to NYC for the first time was quite shocking. I was completely blown away by the amount of things going on, so I had to change my approach a little. In a very small place like Bergen you have to really amplify your ‘antenna signal’ to find a potential scene, while in NYC I had to reduce it a bit and be more selective, to not be overwhelmed.

When travelling to new places it’s always easier to look at things with fresh eyes, something that for me is really important in this game. It seems a bit easier to focus: streets, people, signs, light, colours…all is new. But at home, where you live, it takes more effort to find the same motivation. Something that helps me is changing the routines. If I’m used to walking a street on one side, I’ll change to the other one; if I usually take bus 31, I’ll take the tram or different bus to get to the same place. Small things like this help me fight the routines, they keep my eyes fresh when I’m confronted with the more familiar, day to day environment.

In the end I think that the most important thing is just to let go, forget about yourself, about your camera, and let the flow of situations carry you around. On the good days, that will let you feel almost invisible, in a kind of meditative state in which you’ll see more potential photos, regardless of where you are. 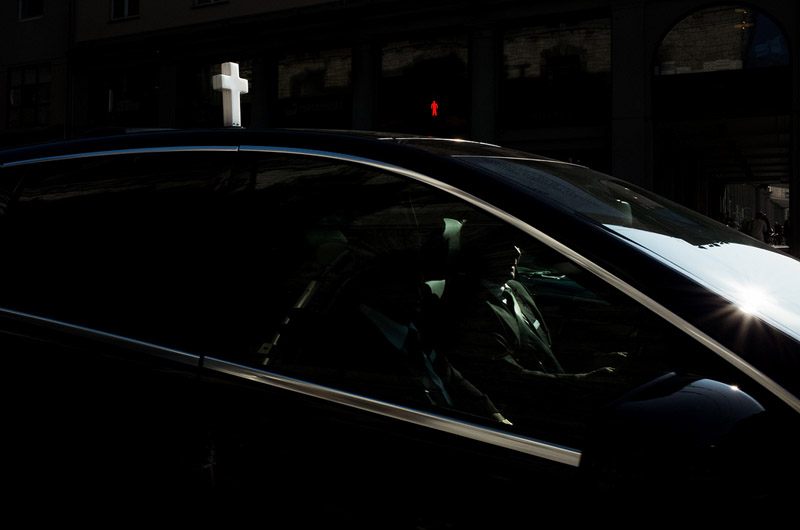 To get into that state of mind I need to go out exclusively for shooting, knowing that I’ll have time and no distractions. That’s when I enjoy it most, but I also shoot while on my daily routines, on my way somewhere or at home. Being constantly alert has become a habit that I like, because it makes me more aware of the moment and like any meditation exercise, it focuses me on the present.

Here in Norway winters can be a challenge for me because we get very few hours of daylight and I prefer shooting without flash. But despite this I usually manage to get out and take pictures every day, even if sometimes it’s just for half an hour. While the ‘when I go’ out shooting is completely up to me, the ‘when I get’ an interesting photo is totally random and unpredictable. There are days in which I seem to have an enhanced vision and awareness, while on other days I am completely blind, no matter how hard I try. On the off days I still like to persist because inside that little hope of finding something great never really fades. I can be stubborn. 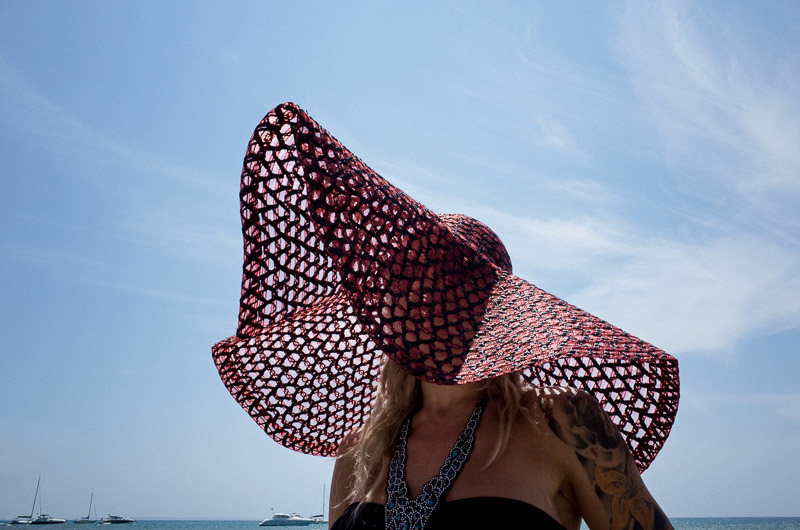 I never know in advance what I’m going to shoot. Not having a preconceived idea is part of my photographic process, so when I’m out shooting I simply react to whatever calls my attention. Sometimes though, if I find an interesting place that triggers an idea, I will go back there repeatedly until I’m able to translate what I saw into a photograph. I like to think of my photos as interpretations of the world and not mere re-presentations. Of course, some pictures fall closer into the second category, in the sense that they basically describe what was there, but I actually prefer the ones in which I can participate more actively, through an idea or poetic element, to extract from the banal another possible reality; to be able to turn something into something else.

Quite often on the streets someone or something catches my attention without any apparent and rational reason, and then something happens that gives sense to it and shows me why I waited there. It’s quite surprising and somehow proves that intuition is more useful than pure reason while out there.

I’m currently not working on any projects or a series; I prefer to let my work grow organically, without me forcing any direction or theme, to give it room to breathe and develop freely. This sometimes makes me feel like a spectator watching from the outside, seeing how my work unfolds, as if it’s controlled by an external force and not me. It’s unpredictable and I like that. Of course, I can recognise some common themes in my pictures but they are not something premeditated; they just happened. 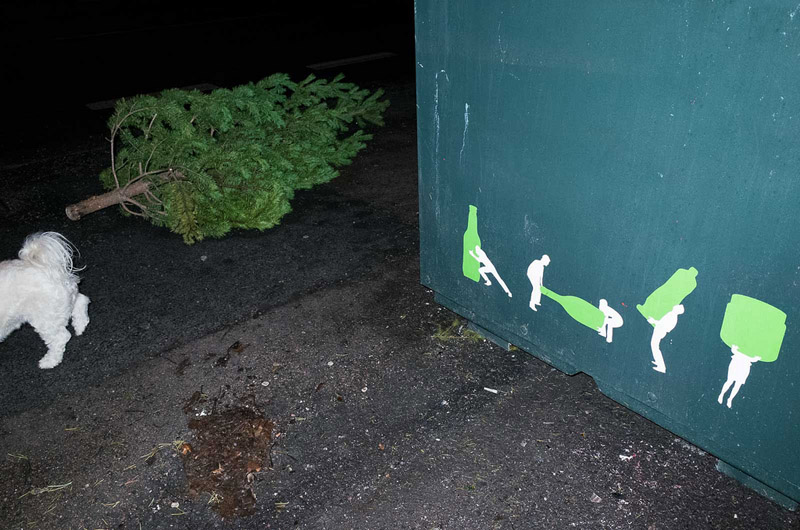 I really like how unpredictable Street Photography is, and how it lets me give free rein to my intuition and imagination. It’s also a great way of being focused, something that has become increasingly difficult in a world that seems designed to keep us constantly distracted. On the streets everyone goes with a sort of auto-pilot mode that brings them home from work and vice-versa, and that prevents them from seeing beyond their phones and feet. Luckily we have some photographers out there showing us what they’re missing.

The difficulty of Street Photography makes it very addictive and motivating. For me, it’s like a game, but not in the sense of something unimportant and an accessory. On the contrary, and as Julio Cortázar said about his own literature, one can compare it to the way children feel about their games :

“When children play, though they are amusing themselves, they take it very seriously. It’s important. It’s as serious for them now as love will be in ten years from now.” Photography is like that for me; it’s a game, but it’s a game one can put one’s life into. I love it. 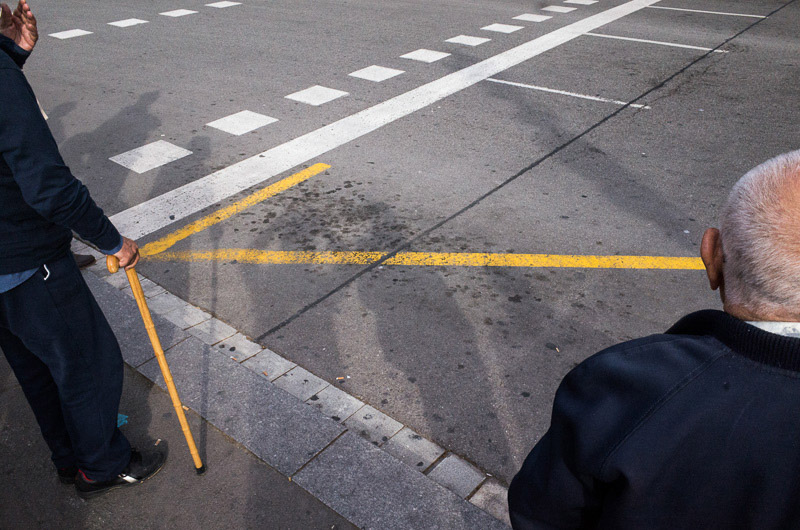