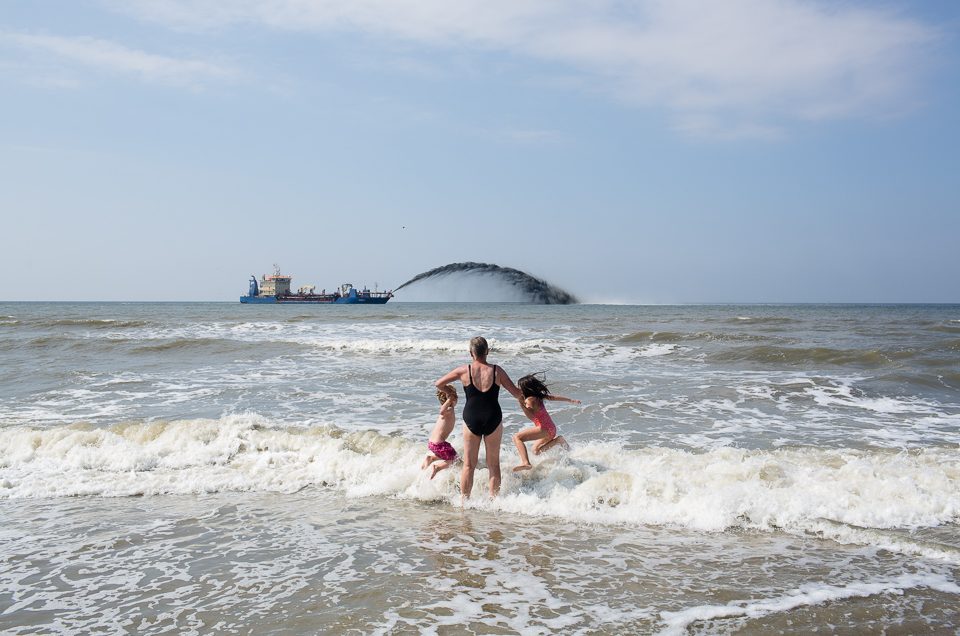 Peter de Krom, a guy from the eighties in his thirties with an infinite curiosity for the weird, and obsessive fascination for the normal. I’m always trying to understand why the people who consider themselves ‘normal’ seem to be so weird. Photography, for me, is the perfect tool to help me with this. 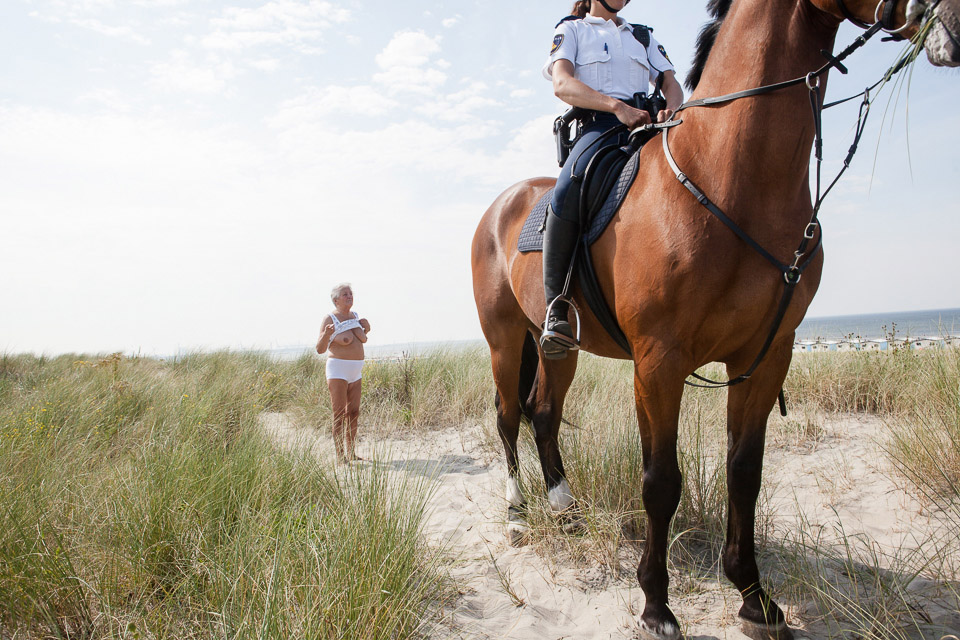 The place where I grew up was a great influence on the person/photographer I am today. It is the small town of Hoek van Holland, which is actually a part of Rotterdam that lies 30 kilometers away. It is the only town in the Netherlands that is being controlled from such a distance. The civil servants of Rotterdam sometimes control Hoek van Holland without even knowing what it looks like, except from maps or pictures on a screen. This situation makes the town one of the weirdest, but also most normal places I have seen. It is a typical predictable town that has to work like an unpredictable city.

I consider Hoek van Holland, or ‘Hook of Holland’ as a place where everything that’s Dutch is being ‘cornered’ and has become trapped. It makes a wonderful cocktail that represents the Netherlands. Everything in the town has always been fleeting, which makes it a very impermanent place. Over the 150 years since it was created (by digging the shipping channel to Rotterdam), it has always been under great influence from outside. 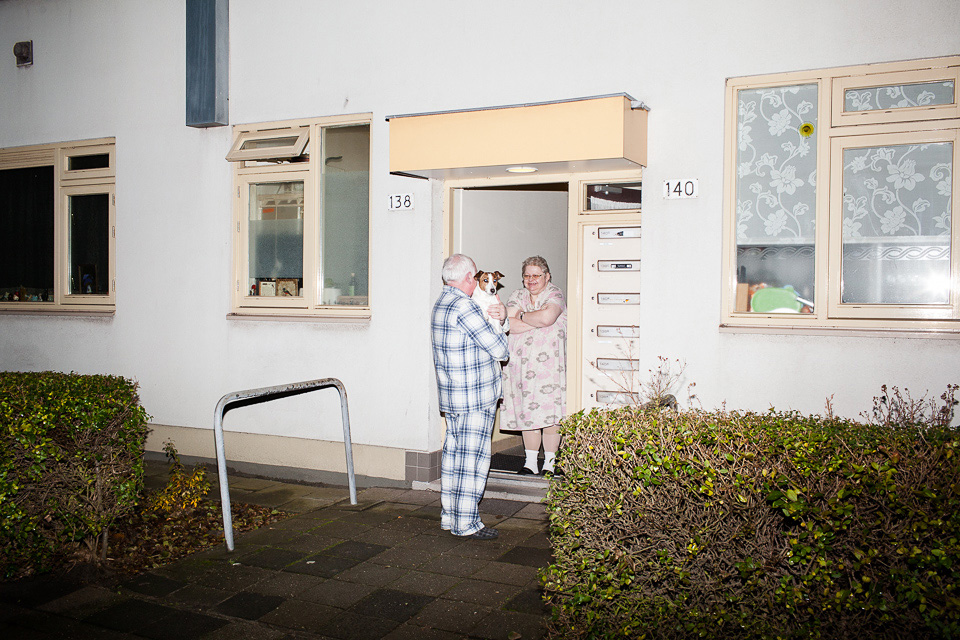 All the wars of the 20th century had a great impact, and many soldiers were stationed here – from a dozen American troops during the Cold War, up to 6000 German soldiers during the Second World War. In between, there were thousands of English, Scottish and Canadian troops stationed here – all interfering with the normal daily life of the local population. Nowadays Hoek van Holland is generally overrun by their own kind during the summer. The beach and the channel to the harbors of Rotterdam are a big attraction. On a warm summer’s Sunday around 100,000 people visit the town that has only 10,000 inhabitants.

Now the inhabitants of Hoek van Holland are desperately trying to find their own identity and culture. They seem to do this by acting as normal as possible, but sometimes, the harder they try, the stranger it gets. 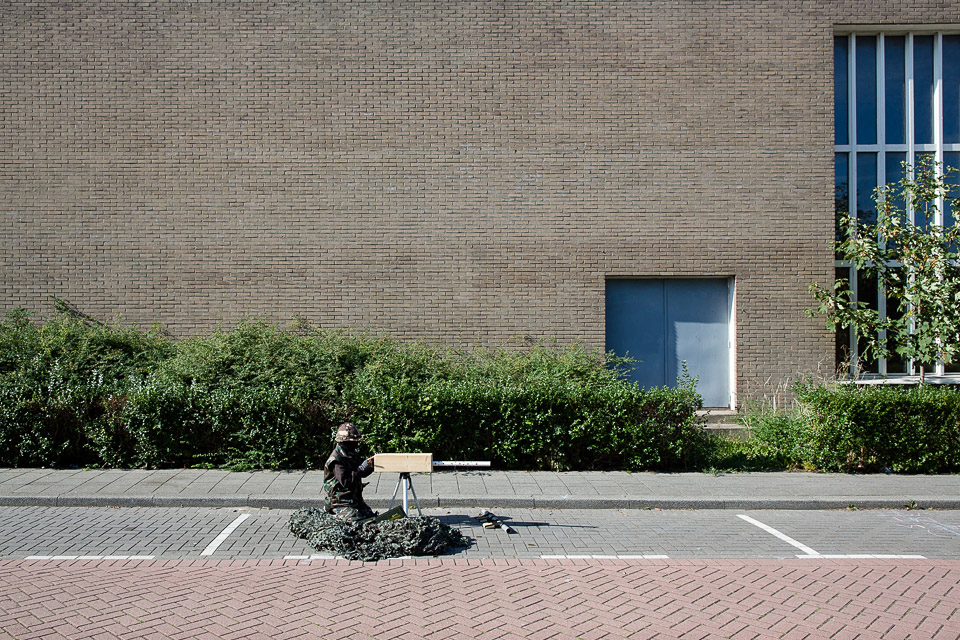 When I finished art school in 2010 I decided to move back to Hoek van Holland for at least five years. I dedicated these years to finding subjects and making my own photographic stories about the Dutch culture and Hoek van Holland, also hoping this would launch a career as an independent photographer. In the end this decision paid off really well. After two years of using an online sketchbook with single pictures on Flickr and Facebook I started working on big projects. Sketches became series and people could see them develop over time. All the stories took me at least a year to make, and one has been in the making for 5 years now. 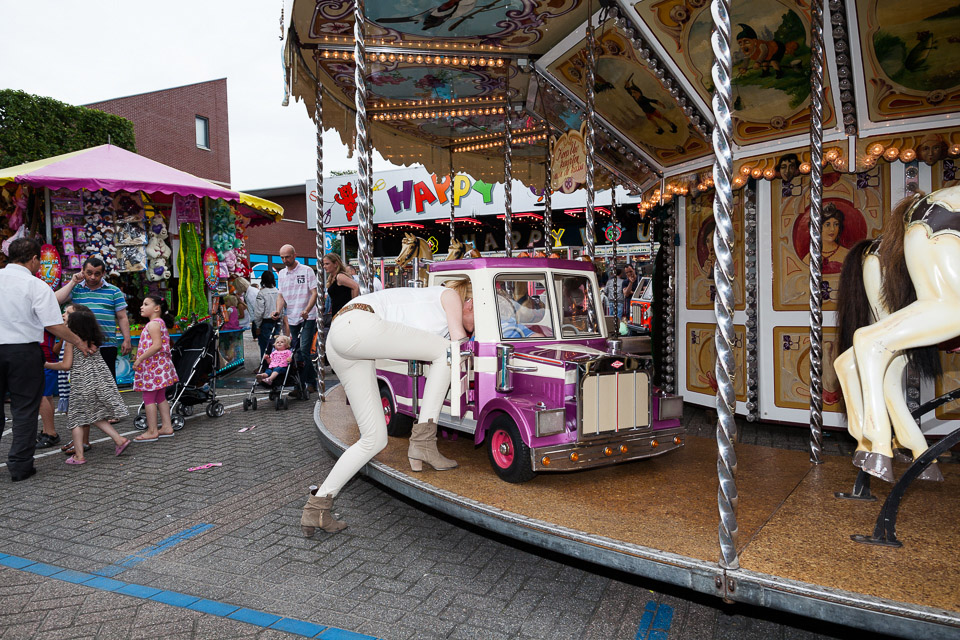 The subjects I choose have something strange and funny in common and can seem harmless at first sight. But behind every subject lie bigger meanings that tell important stories about the Dutch culture and human behavior in general. For example, I followed a mobility scooter club for three years and even went on holidays with them. For the story I photographed the club in a very constant way to emphasize their behavior as a group, as if they are a herd of animals migrating across the country. It not only shows the good Dutch healthcare system but also the striving of the older generation to still make the best of their (limited) lifestyle. It’s a glimpse of the future and a beautiful reminder that we’re not so different from herds of animals looking for a better life while migrating. 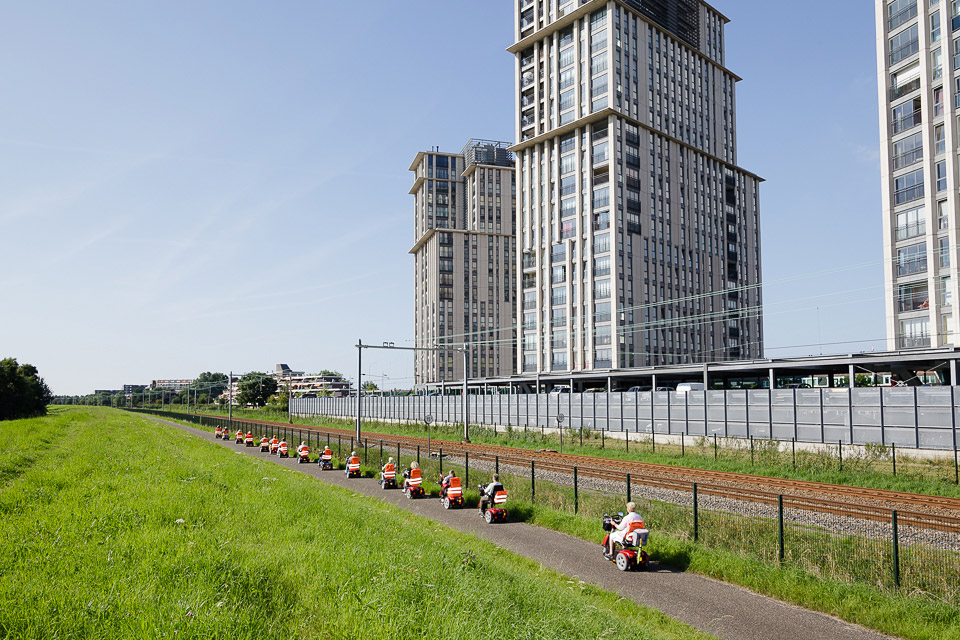 Maybe I secretly hope that I contribute to ways that people reflect more on life, with humor and distance, as if they’re watching a nature documentary about their own species. We need this, especially now. We are so more special and strange then we think, especially if you look up through a telescope at night instead of straight through a camera during the day. 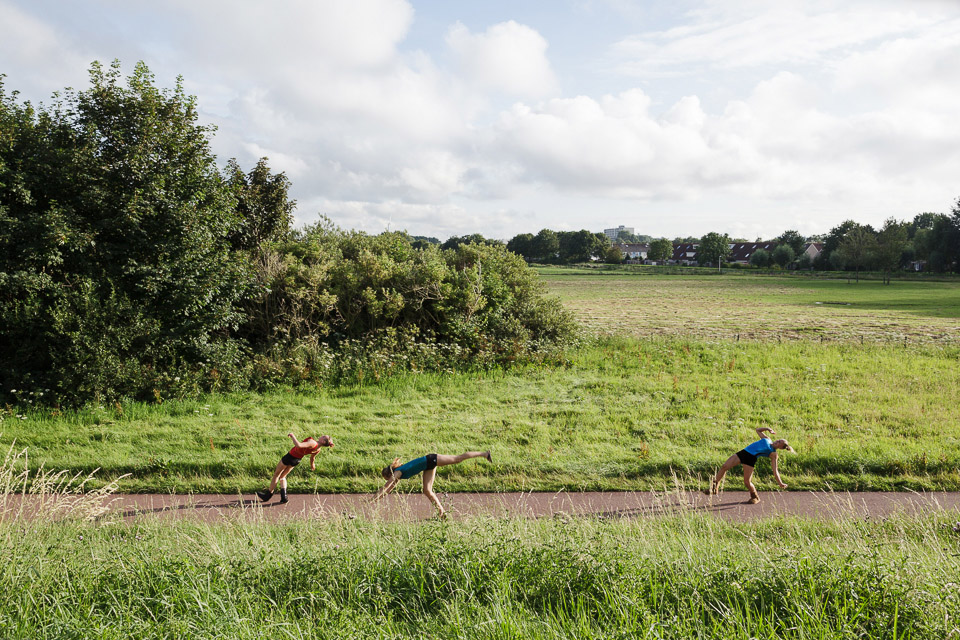