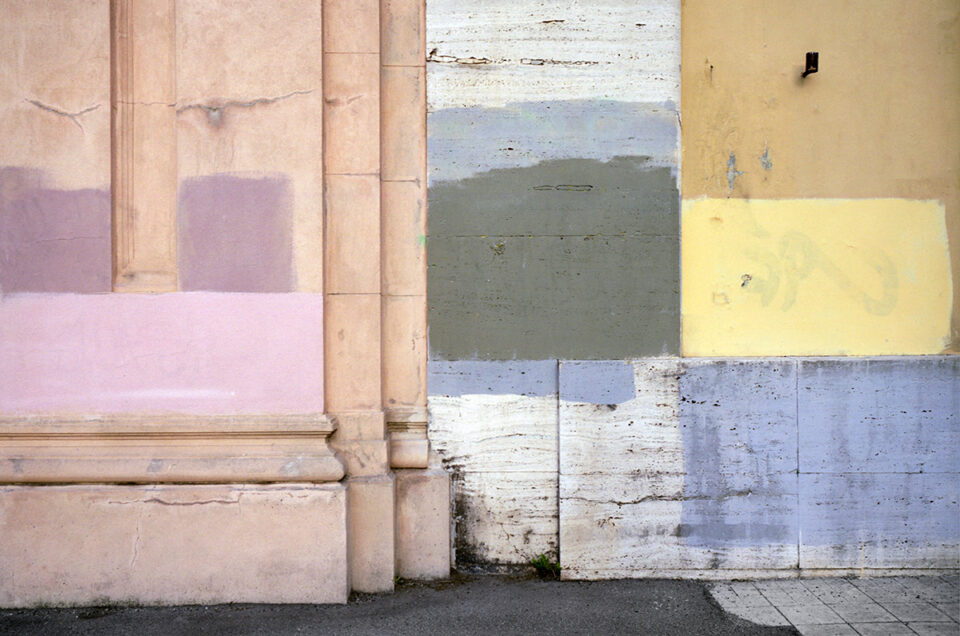 Pietro Paolini is a documentary photographer based in Florence, Italy. Since 2004 his work has focused mainly on documenting life in South American countries and he has produced notable projects in Ecuador, Venezuela and Bolivia. Whilst most of his work requires international travel, iN-PUBLiC was drawn to a series of images made in Peitro’s hometown of Florence, No Noise is a series of images recording attempts to cover up and paint over Graffiti in the city that has resulted in beautiful abstract colour fields reminiscent of the New York abstract expressionist painter Mark Rothko.

The pictures are shot straight on and show the different colours of paint used and the different surfaces, stone, wood and plaster that have been covered. Sometimes multiple layers of paint indicate that the graffiti returned. Windows, shutters and columns give us a hint of the nature and condition of the larger building and in one image the Graffiti has momentarily won the battle with a bright red scrawl ‘HELP’.