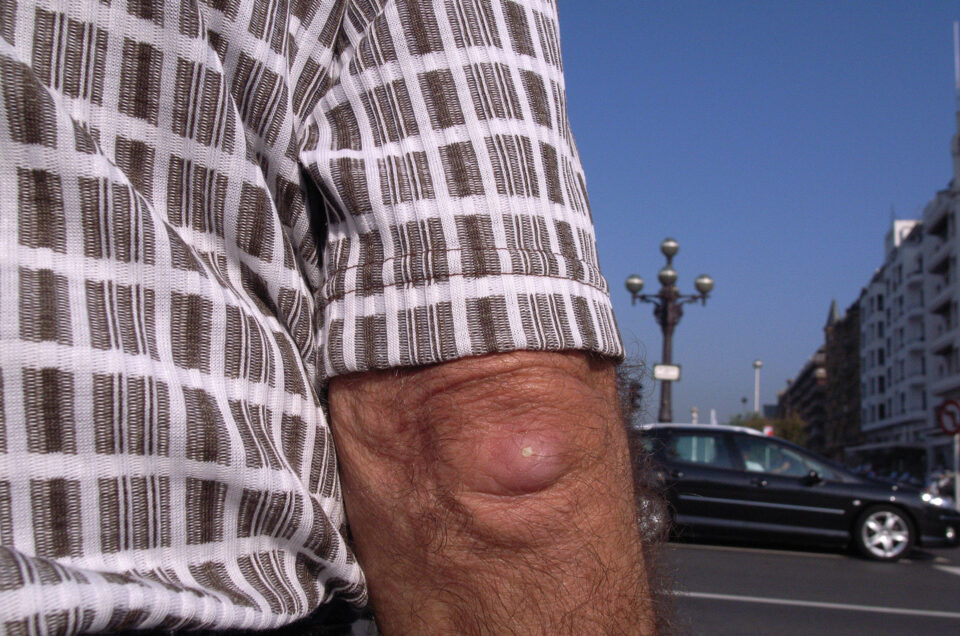 At iN-PUBLiC, we love to feature the work of people who are taking candid public photography or perhaps Street Photography in a new and unique direction. London Based Photographer and writer Stephen Leslie is known for his book ‘Sparks’ in which he writes elaborate fictional narratives inspired by one of his own candid public photographs. Stephens imagination runs wild within the space left by the inherent ambiguity of most Street Photographs. We are presented with the appearance but we can only guess at the reality, in ‘Sparks’ Stephen writes his own.

Stephen’s quirky take on life in general has now spawned another unusual project bringing together photographs of the elbows of strangers in random pairs that create a new being. Two things emerge from these close up observations, firstly, what a curious thing an elbow really is and secondly how much you can deduce about a person and their lifestyle simply from the wrinkled bit of skin covering a human joint.

Many years ago I became obsessed with taking photographs of stranger’s elbows. I also realised that if you placed these photographs next to each other you could make up new, imaginary people. Like a mix and match.

If you love Elbows as much as we do, Stephen has produced a short print run of a book of the pictures that you can order by messaging him through his Instagram @steph_hen_les_lie