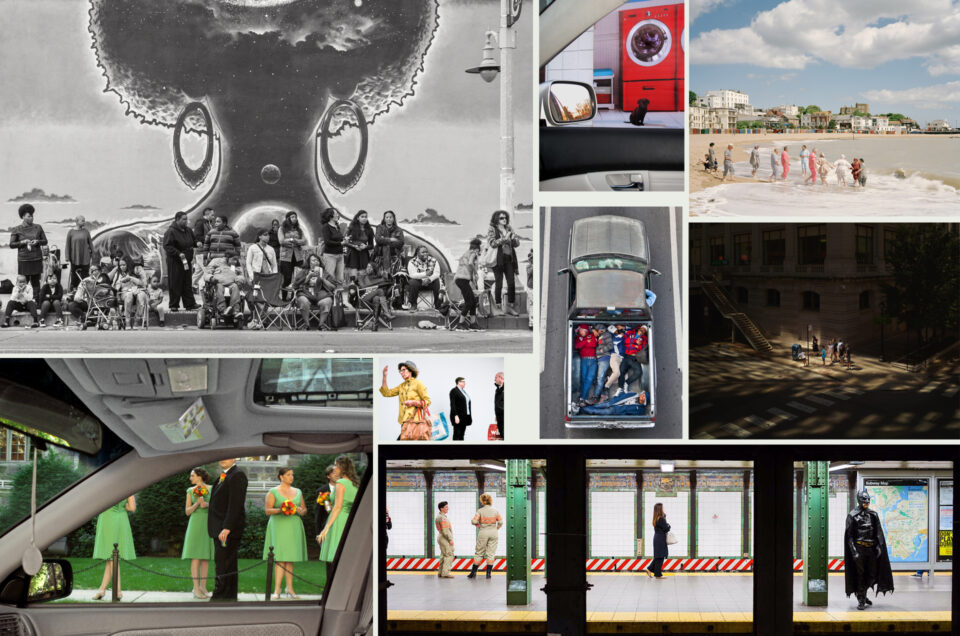 It is wonderful that over the last 20 years Street Photography has become such a global photographic phenomena, there are thousands of facebook groups, thousands of hashtags, thousands of Instagram accounts, thousands of books and YouTube videos, Festivals and Awards dedicated to it. A huge community of part time image makers are scouring the streets for pictures to share with each other on Social Media platforms.

When iN-PUBLiC was formed in January 2000, it’s main motivation was to demonstrate to people what Street Photography was, now 20 years later, people are chatting about Gary Winogrand on the bus.

The ease with which we can make and share work is a double edged sword, it leads to a great democratic art form where anyone with a £300 camera can make an amazing memorable Street Photograph and show it to a worldwide audience. On the other hand it leads to a kind of Goldfish bowl situation where everyone is inspired from the same pool, recreating what seems popular without the cross-pollination from outside that is vital for an original artist to develop.

Street Photography to some extent has become a series of well used templates that many of us will recognise, often beautifully done but unoriginal and wholly failing to innovate or show us the public realm with new eyes or an individually hard won vision. The great Street Photographers of the past are not the ones who followed, they were the ones that led.

It is by looking outside of our own world that we will be inspired and that we may find some of the raw materials for making something new. I like the idea of a kind of Post Modern Street Photography and I am using the phrase ‘Making Pictures in the Present that are Informed by the Best of the Past with an Eye on the Future’ as my guide for the new iN-PUBLiC.

So here are some projects and series of images by photographers shooting candid public photographs that I think are inspiring or significant. This is work that I see as breaking the Street Photography Templates that have become so repeated, some in their formal approach, some in their investigation of societal issues and some for their sheer creative innovation.

Cross Roads across America photographed with people waiting to cross.

Karl Baden The Americans by Car

American street life seen through the passenger window of the photographers car.

See More Americans by Car and Buy the Book here

An aerial view of carpoolers commuting to work in Mexico.

A portrait of the East Anglian town of Norwich through the device of a temporary white wall around a construction site.

The stage like subterranean platforms of the New York Subway.

Americans waiting for Parades across America in 2016, the Year Donald Trump was elected.

A decade-long observation of The Pantheon (“Pan: Every; theo: God”) in Rome.

See More from Every God here