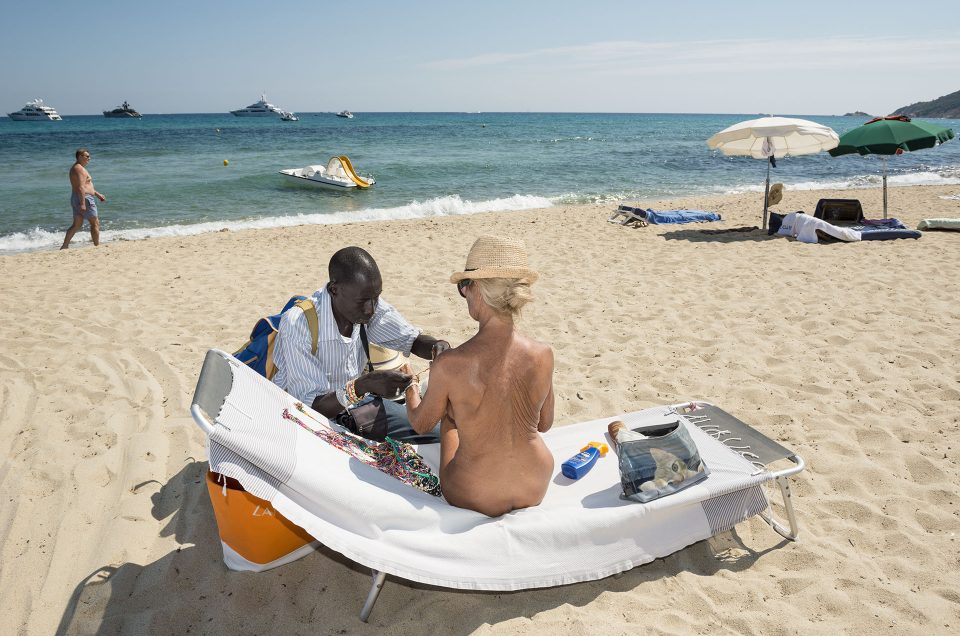 The majority of contemporary Street Photography still owes a debt to the 35mm heritage of the first half of the century, there is a nostalgia and romanticism for what is perceived as a ‘hay day’ of the genre. Many of the Instagram generation even replicate the pastel Kodachrome 64 tones of Saul Leiter with filters and LUTs to try and recapture that past. The result is a kind of inoffensive, easily digested ‘easy listening’ Street Photography.

The problem with this is that Street Photography isn’t about making the kind of images that you find ready framed as off the shelf art in one corner of major DIY stores, it’s a powerful documentary form, uniquely positioned to create a biting uncensored record of everyday life.

By observing rather than directing and by leaving filters and manipulation to one side, Street Photographers create a visual document of the public realm that sits alongside the work created by documentary photographers on conflict, famine, migration and the environment around the world. What happens on our city streets is inherently connected to events and policies around the world in a globalised, connected society.

I guess my thesis here is that with its growing popularity Street Photography is increasingly being diluted as a serious and rigorous documentary form. A little awareness when shooting that goes beyond the light, shadow, colour and composition to consider the potential social, historic and cultural significance of the scene in front of you can give your work further levels of documentary significance.

The value of candid photographs of the public realm as historical documents is evident when you look back at the work of Street Photographers from the preceding decades. Society changes very quickly in subtle ways that Street Photographs are very good at showing.

Even relatively recent Street Photographs like this famous 1967 image from Paris by Joel Meyerowitz highlight global societal changes when compared with an image of the same location from the present day. A random Google Streetview image of the same junction shows us things like billboard advertising, the loss of the Art Deco metro entrance during modernisation, the expansion of the road junction to cope with increased car ownership, Muslim immigrants, a Japanese tour group, mobile phone usage as well as the more obvious changes in car design, fashion and hairstyles.

Every Street Photograph is saturated with cultural significance and yet most are celebrated online for only their visual qualities, workshops tend to focus on the aesthetic qualities of a picture rather than the meaning of the contents. If you consider a Street Photograph like Joel’s above, as a single image story rather than just a clever arrangement of elements, it becomes so much more. In some ways the fallen man after which the picture is named, is the least interesting aspect of the picture when compared to the changes in Parisian society over the subsequent 50 years that this image now reveals.