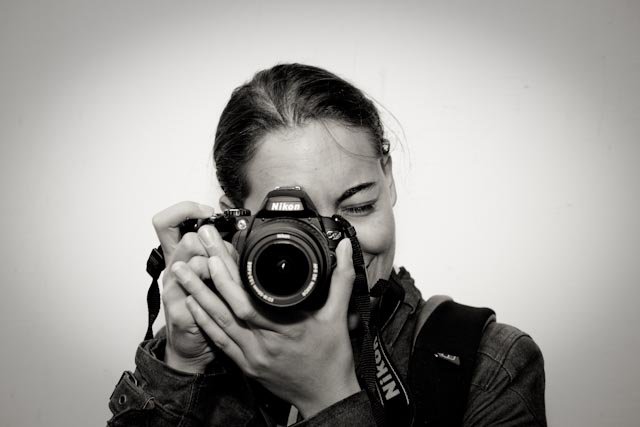 iN-PUBLiC recently became aware of the sad death of the musician and photographer Sara T’Rula in Liverpool in July 2018. Following her death, Sara’s mother Sally had no access to Sara’s computer or online accounts and had no way of reaching those in the photography community who knew her. iN-PUBLiC member Nils Jorgensen discovered an account in the Liverpool Echo of the inquest into Sara’s death which left us shocked and saddened.

18 months after her passing we wanted to remember Sara here and give those that new Sara an opportunity to recall this highly intelligent, vibrant, caring and creative woman who played a part in our photography community over the last decade.

“I remember so well her first email to me, basically letting me know SPNP was a shambles but if I’d like she could sort it out for me. Forthright and intelligent! And indeed she did. And was.”

Sara and her colleagues enlisted some of the greatest names in Street Photography to set challenges for the group including Martin Parr, Joel Meyerowitz and Bruce Gilden.

And you can still view the project here.

This is my main memory of Sara, her willingness to get involved and make things better than they were and to initiate new ideas and plans, coupled with this she was organised and had the skills to get it done. Sara didn’t hesitate to get involved with anything from photography projects to mental health campaigns and even working with Sioux activists opposing the Dakota Access Pipeline in 2017.

In 2011 Sara and Sophie Howarth were at the Format Festival in Derby to speak at the conference, as Phil Coombes of the BBC recalls:

“Sophie Howarth and Sara T’Rula kicked the day off with a detailed account of how social media is being used by photographers who are working in the public arena.”

“Sara was a wonderful colleague and friend, she was passionate about her photography and an inspiring instigator of collaborations, we had many unrealised project ideas together. She was a wonderful person who is sorely missed, our hearts are with her family, and her inspiration lives on.”

“Sara’s death is a real loss to us all. She fizzed with energy and had so much potential. I’ll miss her gleefully telling me of her exploits “running around doing evil ninja things for the power of good.” “

So the other day I came to wonder why I had not come across her tweets for some while.  A quick search brought the awful news of her death.

I first came to meet Sara when she was involved with moderating the Flickr ‘Street Photography Now Project’ group.  She asked me to contribute to the discussions.  She was brilliant of course, in her element, bringing coherence to a wide ranging discussions and images.

We kept in contact. I came to know a woman who was passionate, not only about photography, but also music, literature, politics and so much more. I hope her own words, just a few short paragraphs here, taken from the many letters she wrote to me, will serve to give some small flavour of the kind of person Sara was.

“My work – I still feel like I’m just playing with all this photography stuff. It’ll be a good 5 years or so before I start consistently making the kinds of photographs I’m dreaming of. Still learning the grammar. Which is good.”

On her time at Oxford University reading Philosophy, Politics, and Economics:

“I somehow fell into things like reading and music with very little guidance, either from home or from school. (I’m still a little amazed Oxford ever let me attend, really – maybe they didn’t bother to read my file…). “

“He (Dylan) was touring while I was sitting my A levels and the Cardiff gig was standing room only. So I caught the train down to see him, the night before an exam (and, bear in mind, I had the Oxford acceptance letter for Uni, so no pressure…).
The gig was great. But the only train home was at 4am. I stayed up for it, jumped a taxi from Lime St, and reached the exam room just managing to slide through the door as they were closing it! Sometimes you just have to live – exams can be repeated, but that gig can’t.”

“I think Papageorge was on to something when he said that photography is very much like poetry. Description, details, they matter. But a good poem has a quality to itself that is beyond all that. Like an internal logic maybe. And both poems and photography are untranslatable. Pick out your favourite photograph and try to describe why it’s so good – eventually you’ll reach a point where you just have to throw up your hands, exasperatedly, and say “just LOOK at it!”

“From W.H. Auden, and what I think of some great street photography as being, too: “The impulse to create a work of art is felt when, in certain persons, the passive awe provoked by sacred beings or events is transformed into a desire to express that awe in a rite of worship or homage, and to be fit homage, this rite must be beautiful. This rite has no magical or idolatrous intention: nothing is expected in return. Nor is it, in a Christian sense, an act of devotion. If it praises the Creator, it does so indirectly…” (p57, The Dyer’s Hand).The exception being where the point is more about how the camera transforms the scene than the scene itself. But even here, too, for we learn to see in new ways daily.”

“I have a copy of the Letters of Evelyn Waugh that I occasionally dip in and out of – just think, our generation won’t have that pleasure with the emails we scurry around. Who’s ever going to bother to sift through all of those for the interesting ones after we’re done and gone? “

On writing her own poetry:

Scrawl me those hard poems in the dark
don’t give me easy paths to walk
you read the question headstones that I carve
and give up bone to wax, to chalk;

to talk of issues sinned you’d
say my sinew heart gave way to flesh
and blood coils, and recoils around
the circuits so enmeshed.

“…don’t be like me – tension crescendos aren’t worth living with. Find yourself some peace in the way you live in this world.”

Thank you Sara; from you, that means a lot. I don’t think anyone ever said anything so nice, and certainly nothing so eloquent. It has stayed with me since the day I saw it, 3rd February 2012.

Perhaps, reader, you too will Google ‘Cannonball Adderley‘ just as I did then, and thank Sara for the heads up. Just as I did.

I hope you have found yourself some peace at last, Sara.

Jack Simon – Photographer and member of Burn My Eye

Sara was a wonderful photography comrade early in my pursuit. We communicated from afar and shared our work and ideas. I, like many others in the photography community, benefited from her keen eye and useful incites/critiques . She inspired us by the deep thought and energy she gave to the variety and number of her photo projects. Beyond photography, I also was aware of her compassionately being there for others in need. From a note a few years ago Sara wrote “I’m deep into project-mode – what makes a project succeed, and how to balance the different elements of strong images, strong technique, saying something potent, etc, etc. I think that’s a talent guys like Winogrand had that the current flickr generation don’t really catch onto in the full way. Looking to do a lot of mini-projects to just experiment with all of that.”

Her thoughts, caring and creativity have been and will be missed.

Sara appeared on the photography scene very suddenly, one day I hadn’t heard of her, the next everyone knew who she was and what she was doing with the Street Photography Now project, she was in my emails asking me to set a challenge for the group to do, sending me details to log in and look at the submissions.

Next I would meet her at a photo talk in Hackney or an exhibition opening, then she would be on stage before me at the FORMAT festival in Derby and chatting to renowned photographers in the pub afterwards.

I came to realise that this is how Sara was, when she became interested in something or passionate about it, it was 110%, every waking hour seemed to be committed to making it happen, running it, organising it. Sara was super bright, interested, thoughtful and definitely had the skills to put words and passion into action.

I last saw Sara at her apartment in SE London in 2017, she seemed low and I had the impression that the world had not lived up to her, could not match her energy and optimism and sense of how it should be. Sara certainly made the world a better place, she made things happen and got people connected and growing. The world needs more people like that not fewer.

If you knew Sara we have left the comments section open so you can leave your memory of her.

I’m so sad to belatedly hear of Sara’s passing. Sara was ever so kind to me both when I was studying at Derby and helping with FORMAT, and a course I later attended in liverpool – and we chatted on and off for ages, even plotted some big projects. Her kindness and support for me, then a mere photography student, was inspiring. An amazing, generous and supportive woman with a love for all creative. RIP.

I remember Sara as a very important part of the early days of the SPNP. She gave excellent encouragement to beginners in SP like myself. She suggested I become a mediator in SPNC which turned out to be very helpful to me as I got to know many great photographers that way
It was a great shock to hear that she died all that time ago.
Exceptional people like her are exceptional and she will be greatly missed.

Sara was my cousin. She was a bright spark taken far too soon from all of us. I miss what she was, what she would have become and what she would have achieved. This is mental health month. I ask anyone who is struggling to please ask for help. I wish my cousin had. We had plans to walk the coast of Wales and England. I will do that when I retire in honour of her. Be free Sara xx

I am saddened to hear of the passing of Sara. Sara did so much for the international street photography community and helped form bonds of friendship that continue to this day and will go on and on. I thank you Sara for everything you have done and given to the community. May your star shine brightly Sara.

Sara was a distant cousin and Gt. Gt. Niece of my Father. He and his Brother, her Gt.Grandfather would I know, have been so proud of her accomplishments. She and my daughter and granddaughter share so many commonalities and it is heartbreaking that they did not meet…their genepool gave them strong resemblance and shared talents. May the Great Mother hold you in her arms always, Sara and your light shine as a beacon for tomorrow. Much love to Sally and your girls.

Very sad to learn about this.